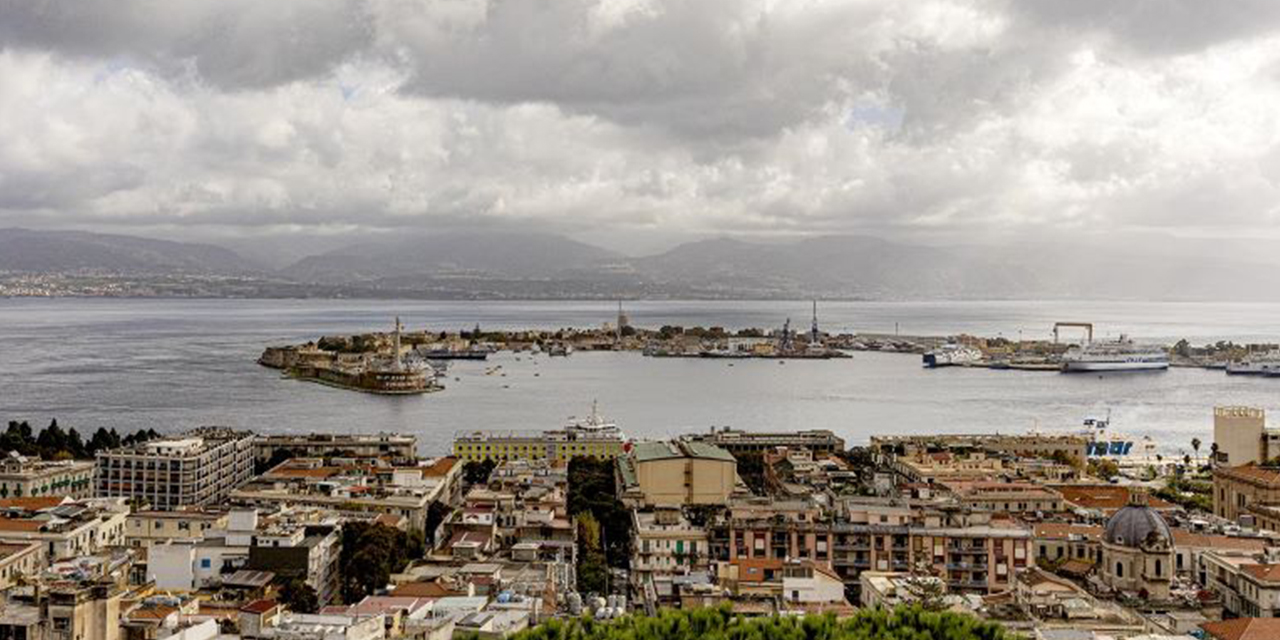 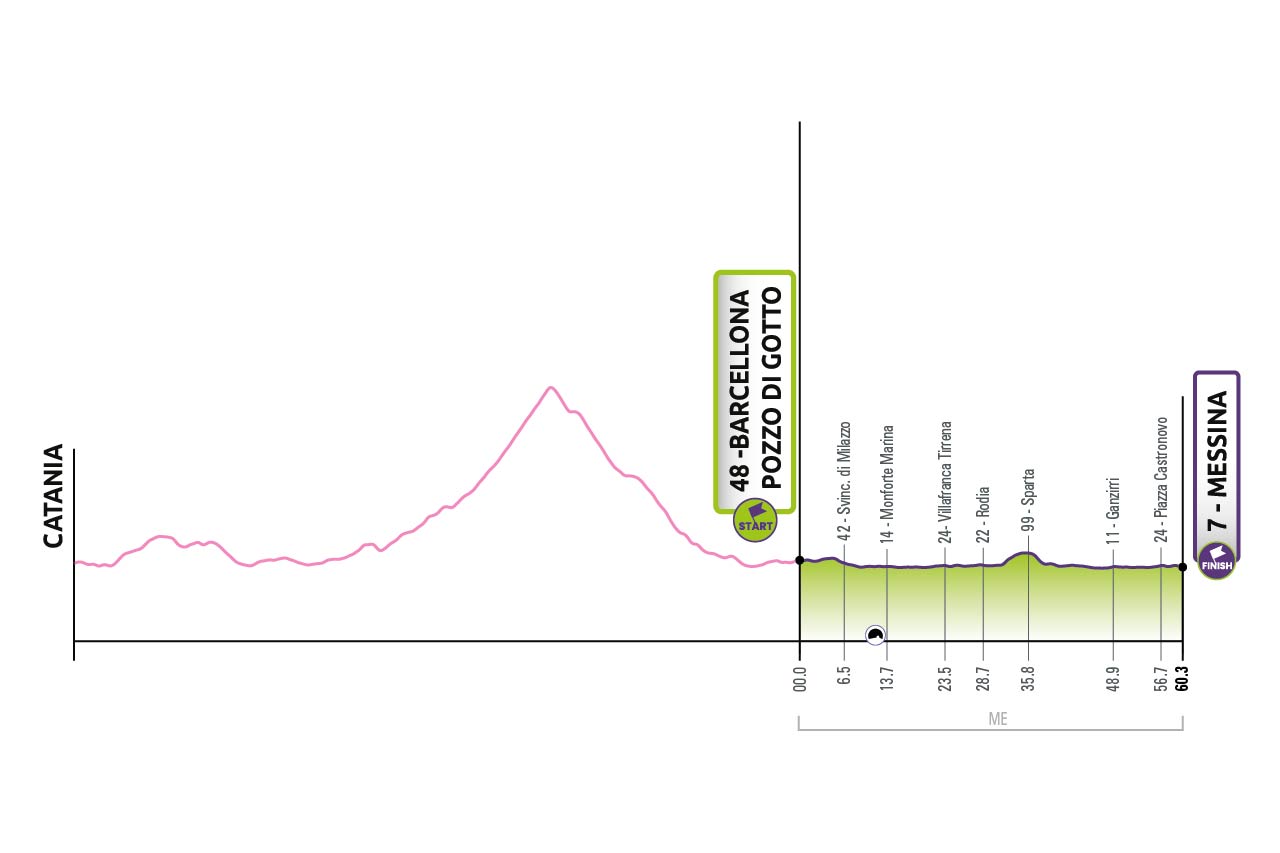 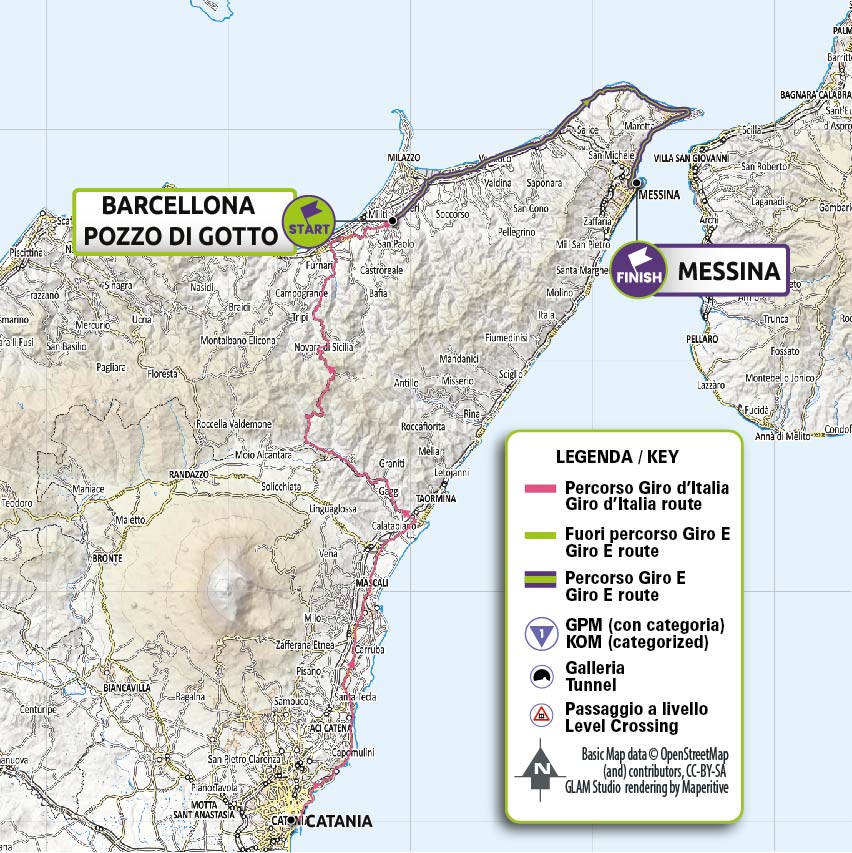 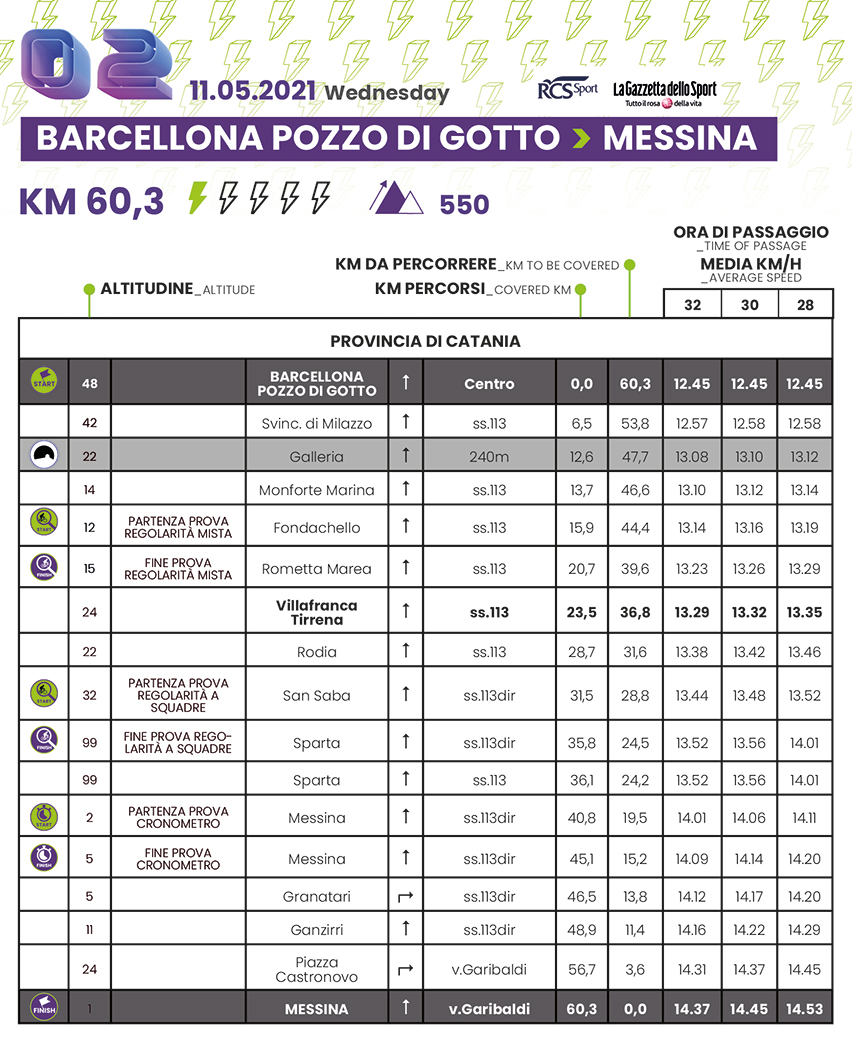 Barcellona Pozzo di Gotto was born from the union, decreed in 1835 by Ferdinand II, King of the Two Sicilies, of the two ancient districts of Barcellona and Pozzo di Gotto. It inherits part of its name from the Catalan city due to its mountaneous-geographical position: nestled between the sea and the hills. Between the Tyrrhenian Sea with the Aeolian Islands, Tindari Gulf, Milazzo and the charming villages of Castroreale, S. Lucia del Mela and Novara di Sicilia. In ancient times in the territory of Barcellona Pozzo di Gotto there were settlements scattered in the hills, such as Pizzo Lando (10th century BC) and St. Onofrio Mount. In the seventies of the twentieth century the remains of an Acropolis and a Necropolis (IX-VIII century BC) consisting of cave tombs, in the area of St. Onofrio Mount, were brought to light by the Superintendency: the Sicilian town of “Longane”, where a ‘bronze caduceus’ was found, exhibited today at the British Museum in London. Numerous villages, some existing since the Middle Ages, such as the fraction of Gala which counted the presence of Basilian monks, subsequently gave birth to the centres of Pozzo di Gotto and Barcellona. The construction of the well, carried out in 1463 by the nobleman Nicolò Goto from Messina, can be considered the birth certificate of the Pozzo di Gotto farmhouse, which took its name from that initial gesture and from its creator. The building, starting from 1595, of the Church of St. Sebastian (Basilica) states the real birth of Barcellona. Barcellona and Pozzo di Gotto are separated by the Longano stream. 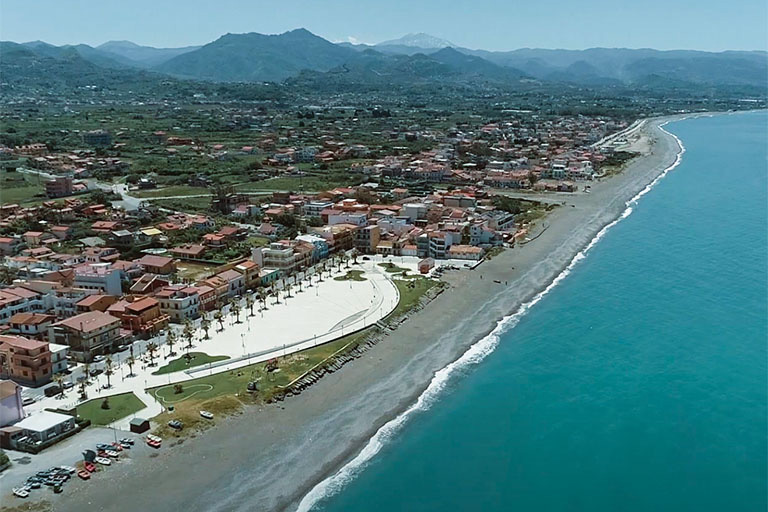 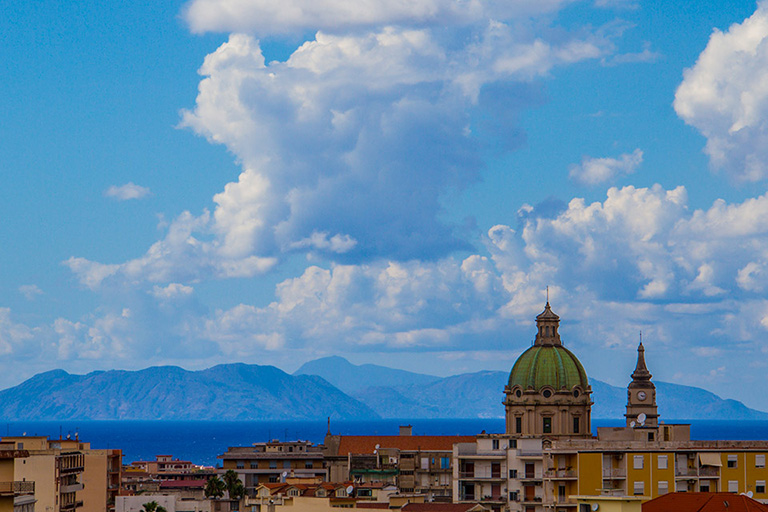 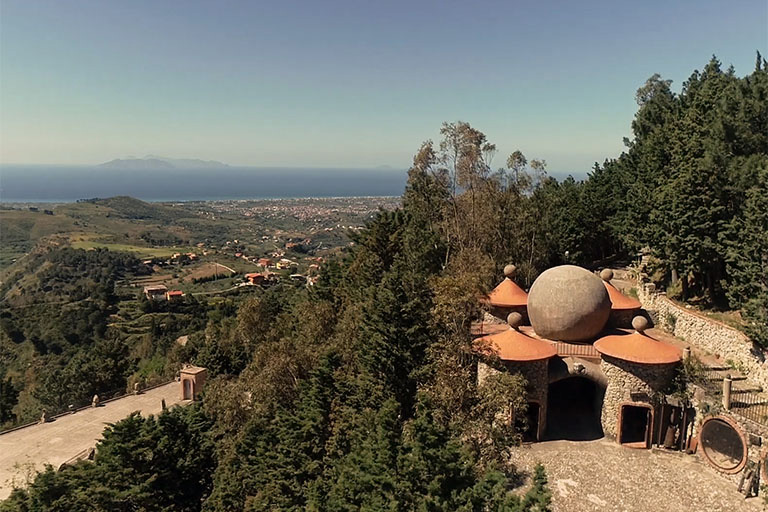 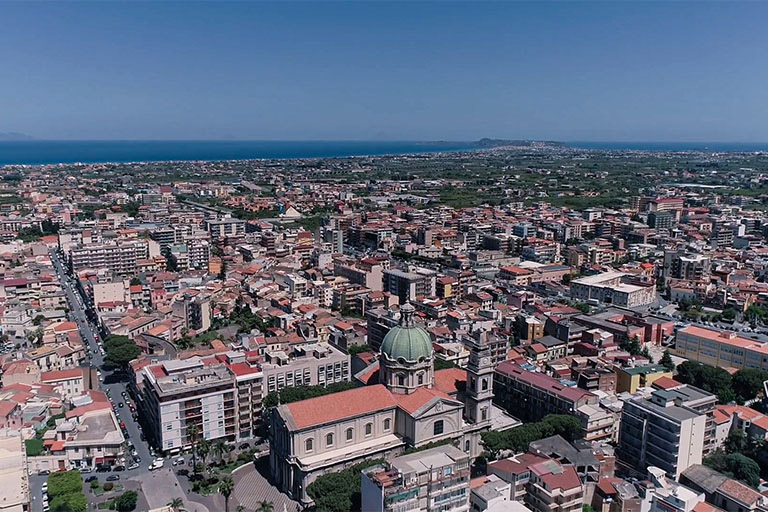 Ciaurrina (or giaurrina): caramelized honey-based dough, in the shape of a braid typical of Barcellona Pozzo di Gotto. It is traditionally prepared for the feast of St. Sebastian, Patron Saint of the city, which is celebrated on January the 20th.

Mountain resort of Miliuso with spaces equipped for refreshment.

Square of anchors and the Seafront with recreational and sport equipped spaces. 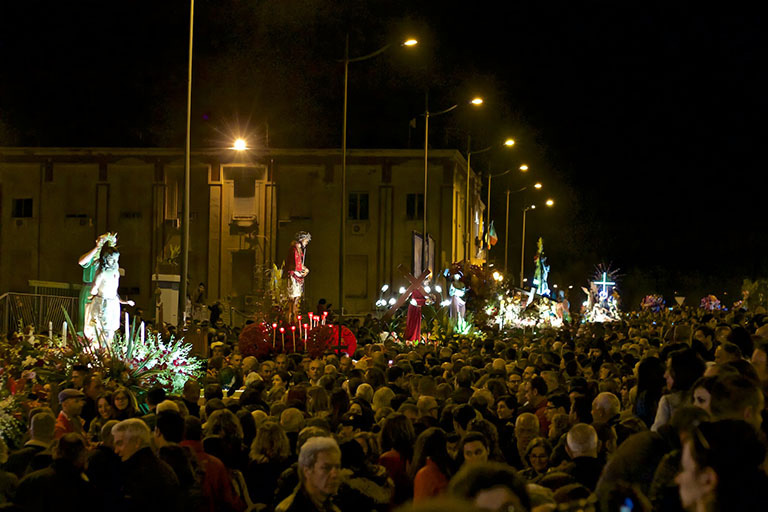 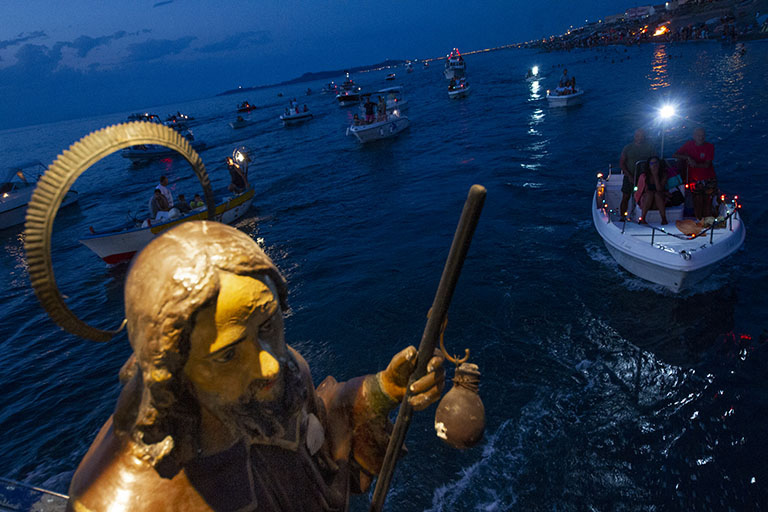 Messina is a city and provincial capital located in north-eastern Sicily, on the western coast of the eponymous strait. It has an area of 213.7 square km and a population of 227,424 (as of 2020). The old port is surrounded and protected by a strip of land in the shape of a sickle, called Penisola di San Raineri, ending with Punta San Salvatore. The earliest settlement probably lay at the foot of the Monte Gonzaga, while later communities established at the edge of the port and on the Penisola di San Ranieri. Severely damaged by an earthquake in 1783 and totally destroyed by another quake in 1908, Messina was later rebuilt to a controversial urban development plan in 1911.

After a considerable decline in population between 1981 and 1991, the city underwent significant recovery in the last decade of the 20th century, following a major shift to the tertiary sector, with urban and functional diversification. It is a leading hub of the larger Messina-Villa San Giovanni-Reggio Calabria conurbation, and a major thoroughfare between the two sides of the strait. The local motorway system connects the city to the urban network of the island and, especially, to Catania and south-eastern Sicily. The port of Messina is a key transit hub from across the strait, especially for ferries. The most active sectors are shipbuilding, chemicals, metalworking and food. The port is a lively centre for both cargo and tourism. Messina is also a leading university pole.

The city was founded as Zancle (meaning ‘sickle’) by Greek settlers from Chalcis, in the 8th century BC. After the battle of Lade (494), the Ionians of Asia Minor (Samians and Milesians), who were escaping from the Persians, reportedly accepted an invitation from the people of Zancle to found a city on the island (in Calacte). As suggested by Anaxilas, the tyrant of Rhegium, they eventually settled Zancle, which was then under the rule of the tyrant Scythes. Anaxilas then took over the city himself, and took there Dorian settlers from Messenia. Zancle only regained freedom in 461, when the tyrants of Rhegium were finally overthrown. The city, however, was inevitably divided into Ionian and Dorian feuding factions. The Dorians prevailed, and named the city ‘Messana’, after their native region. It was conquered and destroyed by Carthaginians in 396, as punishment for taking part in the siege of Syracuse in 406. In 393, Dionysius prevented further retaliation from Carthage. After the death of Dionysius, Messina belonged to Dion, Hippo, Timoleon and Agathocles throughout the 4th century. In 289, following Agathocles’s death, it was conquered by the Mamertines. Defeated by Hiero II (264), they first asked for help from the Carthaginians. For fear of falling into their power, they later appealed to the Romans, who landed on the other side of the strait, forcing the Carthaginian leader to abandon the fortress. After resisting an offensive return by Hiero II and the Carthaginians, Messina became a civitas foederata (meaning an allied community). The city experienced a period of prosperity, which, however, slowly declined in the Imperial age. A bishopric under the Byzantine patriarchate starting from the 5th century, it was a stronghold of the Goths and the Byzantines, and was occupied by the Muslims in 843. The Normans seized it in 1038, and ultimately conquered it under count Roger (1060-61). From then onwards, Messina was one of the leading centres of their expansion in the Mediterranean area. Under the Swabian rule, it continued to thrive despite the absolutist policy of Frederick II, and the military occupation by Manfredi (1258), which aimed at curbing the city’s desire for independence. Messina rose up against the Angevins, headed by Alaimo da Lentini, and took part in the Sicilian Vespers (1282), for which it became a capital under the Crown of Aragon. In the early days of the Spanish rule, the city prospered as the port was expanded, the university was founded (1548) and the military arsenal was strengthened. In the 17th century, though, the city rose up against Spain (which was then at war with Louis XIV) in 1674: with the help of the French, it held off the Spaniards until 1678. The city was then after the rule of the Savoy (1713-18) and of the Habsburg (1720-34). Charles of Bourbon tried to return the city to its past splendour, but the plague outbreak of 1743 and the devastating earthquake of 1783 thwarted his attempts. After being the centre of the Sicilian military defence against the Kingdom of Naples (1806-15), under the Bourbon restoration the city was subject to the interests of the British, the French and the Spaniards in the Mediterranean area. Messina took part in the 1820-21 uprisings, offering General F. Pepe its help to win back the rebel regions, as well as in the liberal movement of 1821 and 1847. In 1848, it engaged in the revolution of Palermo, with the population resisting General Filangieri. In 1861, Messina was the last stronghold of the Bourbons to fall in Sicily.

It was destroyed by the 1908 earthquake, which hit a 10-degree intensity on the Mercalli scale and was followed by a tsunami, all of which caused around 80,000 victims. It was later rebuilt, but suffered extensive damage from the bombing of World War II, especially during the Anglo-American invasion of 1943. 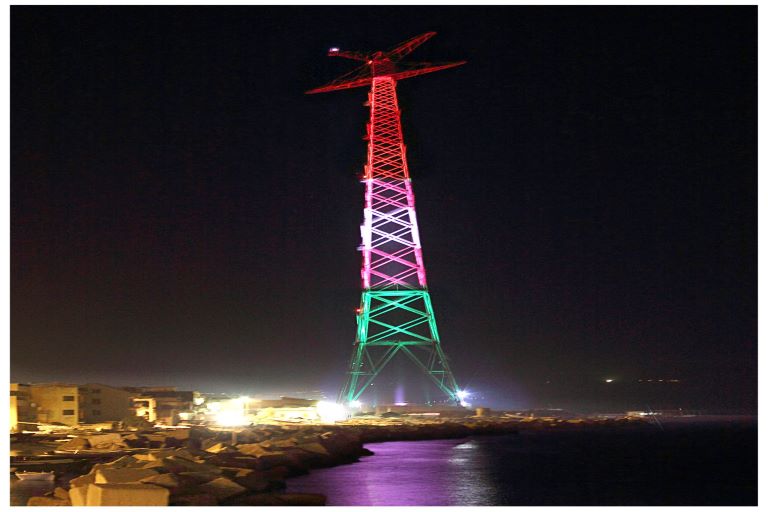 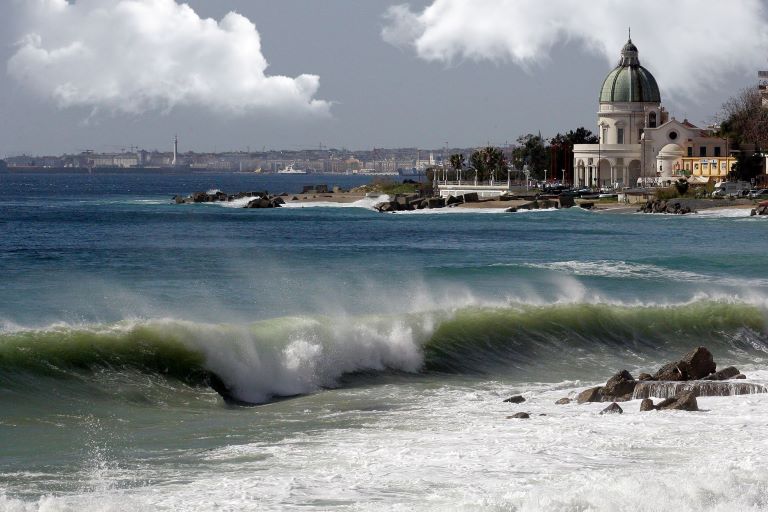 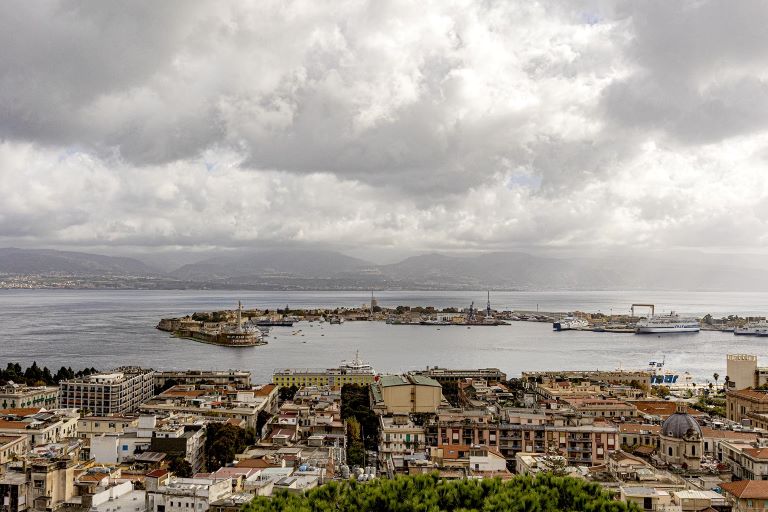 Messina has one of the oldest culinary traditions in Sicily, which mostly shows Greek influences. Fish and seafood are the staples of local cuisine. Traditional specialties also include sugar confections, such as almond paste and candied fruit, along with craft ice creams and slushies (the popular “granita”).

The city of Messina has many dishes in common with Calabria, on the opposite side of the strait, while meat and cheese are more common in the province. The importance of extra virgin olive oil, which is much widely used than in the rest of Sicily, also for frying food, speaks to the close relationship with Greek cuisine. In the Nebrodi area, where the farming tradition is stronger, there are three SlowFood specialty products (‘presidi’), in addition to the famous salame Sant’Angelo di Brolo: olio di Minuta (olive oil), Suino nero dei Nebrodi (pork) and Provola dei Nebrodi (cheese).

The following is a detailed list of traditional products from Messina:

Appetizers and side dishes:

Largely destroyed by the 1783 and 1908 quakes, as well as by the bombing of World War II, the city’s wealth of ancient monuments was later rebuilt or renovated. The cathedral was consecrated in 1197, and its three Gothic portals have survived undamaged to date. Inside, there are beautiful sculptures by Goro di Gregorio (1333) and A. Gagini (1525), a chapel by G. Del Duca (1589), and the remains of 14-century mosaics along the apse. The bell tower (1933) sports a wonderful astronomical clock. Major landmarks also include the restored churches of Annunziata dei Catalani (12th-13th century) and S. Maria degli Alemanni (13th century, built by the Teutonic Knights), the Renaissance fountains of Orion and Neptune (G.A. Montorsoli) and the monument to John of Austria (1572), the winner of the battle of Lepanto. Designed by L. Borzi in 1911, the modern city has an urban plan with straight roads crossing at right angles. There are beautiful majestic buildings here, such as the Town Hall (A. Zanca, 1920), the Courthouse (M. Piacentini, 1928) and the new Palazzata (G. Samonà, 1930). Equally noteworthy is the Regional Museum. 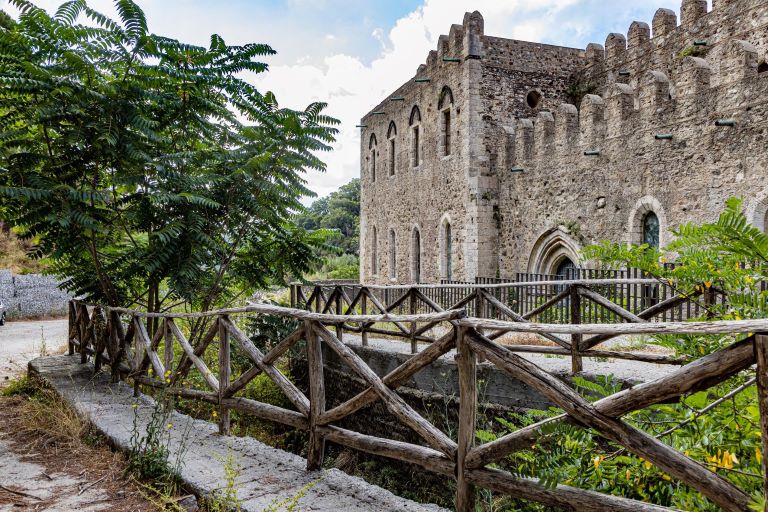 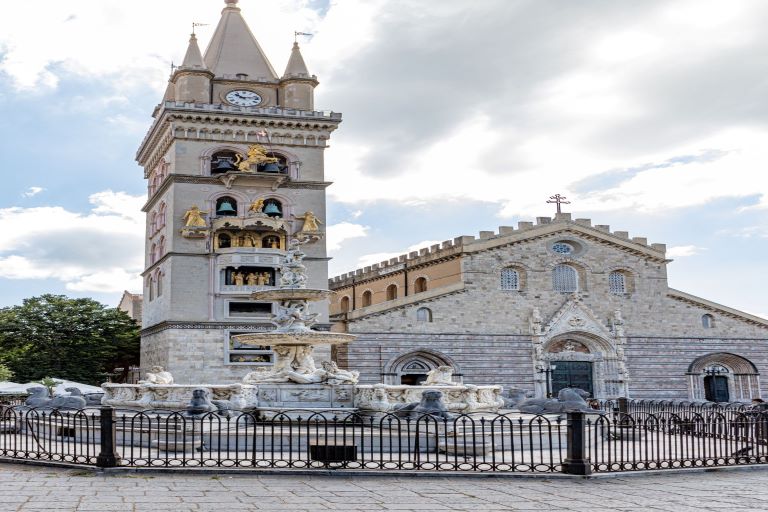 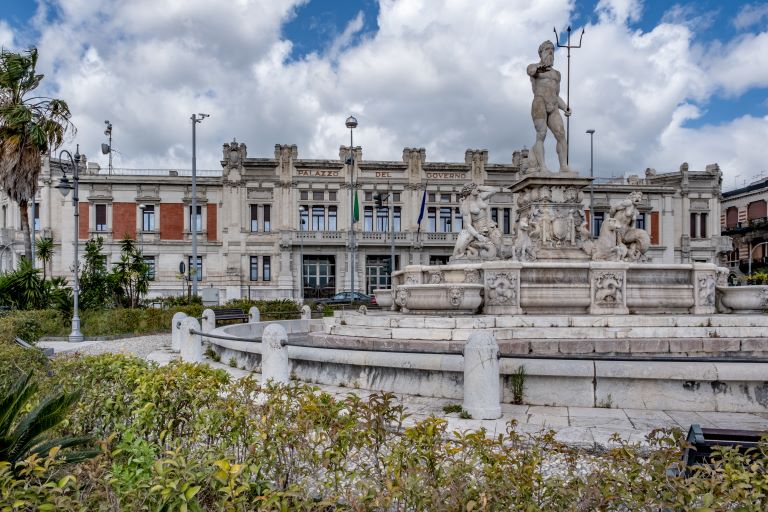 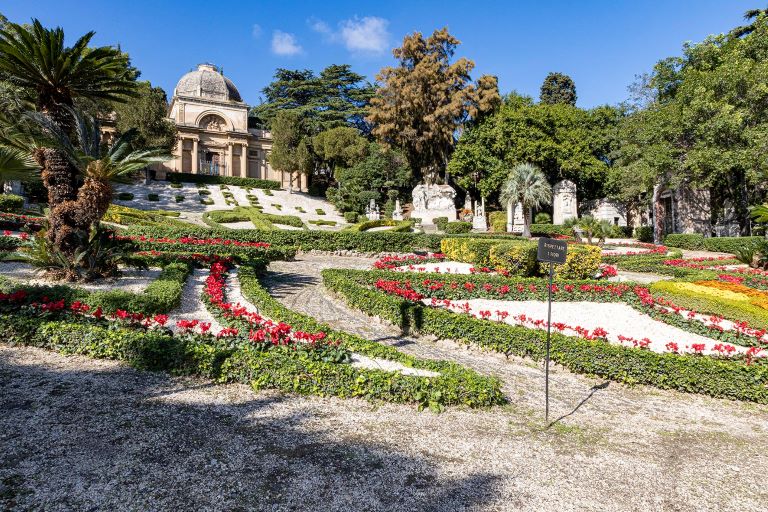 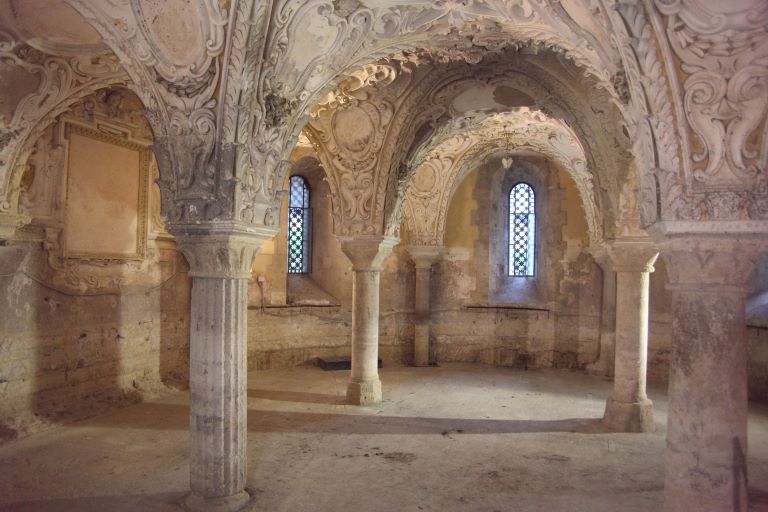 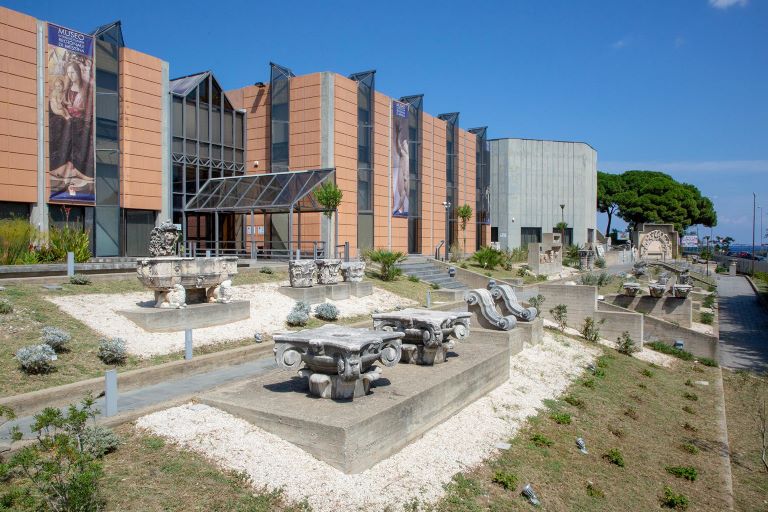