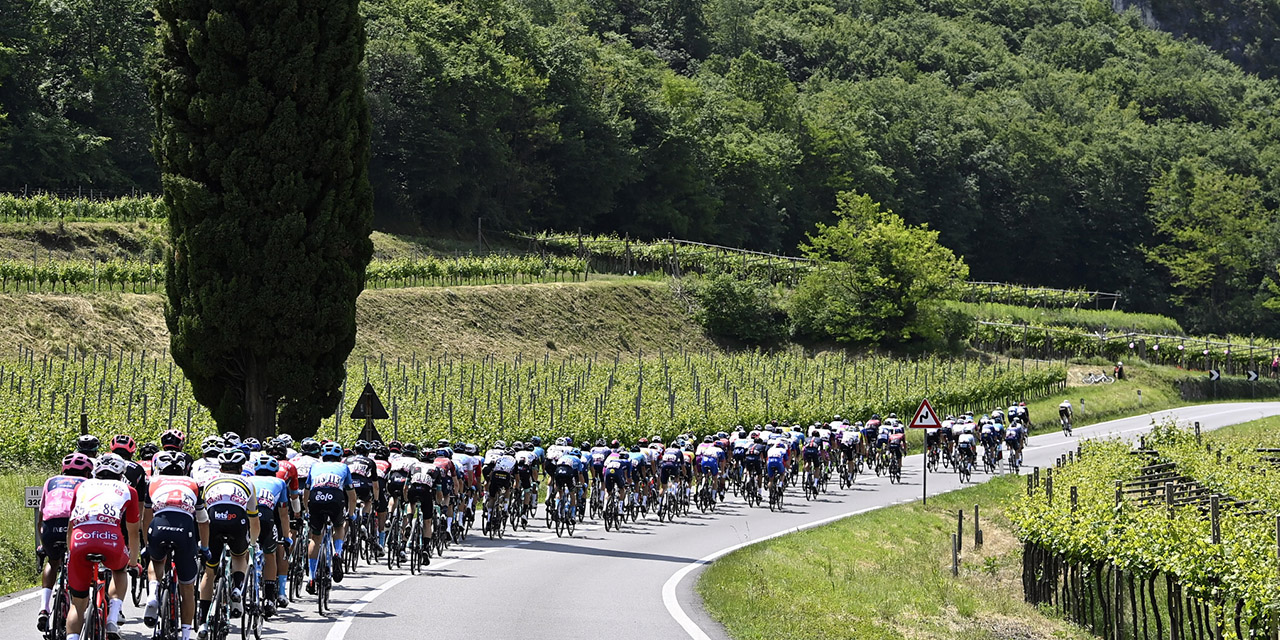 The Giro-E strongly promotes the issues of environmental sustainability as well as the use of the electric bike in everyday life. In 2021, a green jersey inspired by the environment was also born.

Ride Green, the sustainability project aimed at safeguarding the areas affected by the race through separate waste collection, was created in 2016. It aims to reduce the effects of the passage of the Giro d’Italia, through the correct management of the waste flows produced by the race, using a traceability system.

With the help of over 200 volunteers and numerous local companies, also coordinated by the ERICA cooperative, the waste produced in the various locations is collected in special ecological islands positioned at strategic points of each stage, and subsequently sent for recycling to be put back into the production cycle.

In this process, support comes from the municipalities hosting the race’s stage starts and finishes, which act as an intermediary for the promotion of the initiative, guaranteeing an effective supervision that allows the Giro d’Italia to place itself on the international scene as an increasingly green event, capable of spreading the principles of sustainability and making the public, local administrations, partners and all the athletes involved ever more aware.

Over 46,000 kilograms of waste was collected, of which 85% was separated and sent for recycling. It’s a significant result, in line with the positive trend recorded in the previous five years.

Separate waste collection, recycling of materials, performance measurement and public awareness-raising thus represent the primary objectives of the Ride Green Giro d’Italia project, which in recent years has been further enriched by other initiatives.

In addition to separate waste collection, the Giro d’Italia green project operates on two other channels: education with BiciScuola and sustainable mobility with the Giro-E.

BiciScuola represents the great educational program conceived 21 years ago to bring young people closer to the world of cycling, to the Giro itself, transmitting its positive values related to sport and fair play. It’s an initiative that tackles ever-current issues, the most recent of which is the importance of environmental protection, with record numbers: over one million and 600,000 children involved up to now. In 2021 the participation of 200 schools, 4,400 teachers and 60,000 children was registered while 1,900 students were awarded (+ 14.3% compared to the previous edition).

With support from local businesses, we will make sure that all the waste collected and sorted is sent for recycling, to be transformed into secondary raw material.

We will launch socially relevant second-life projects for materials that would otherwise end up in landfill.

Our project has the ambition to share culture and promote green thinking by working with the audience, the public administrations, the staff, the sponsors and the athletes.

The project will also attempt to raise awareness among spectators against littering, with a support service for those waiting for the riders made using bicycles, and hence zero-impact. Bikes thus become a symbol of sustainable mobility, as well as a means for collecting and separating litter.