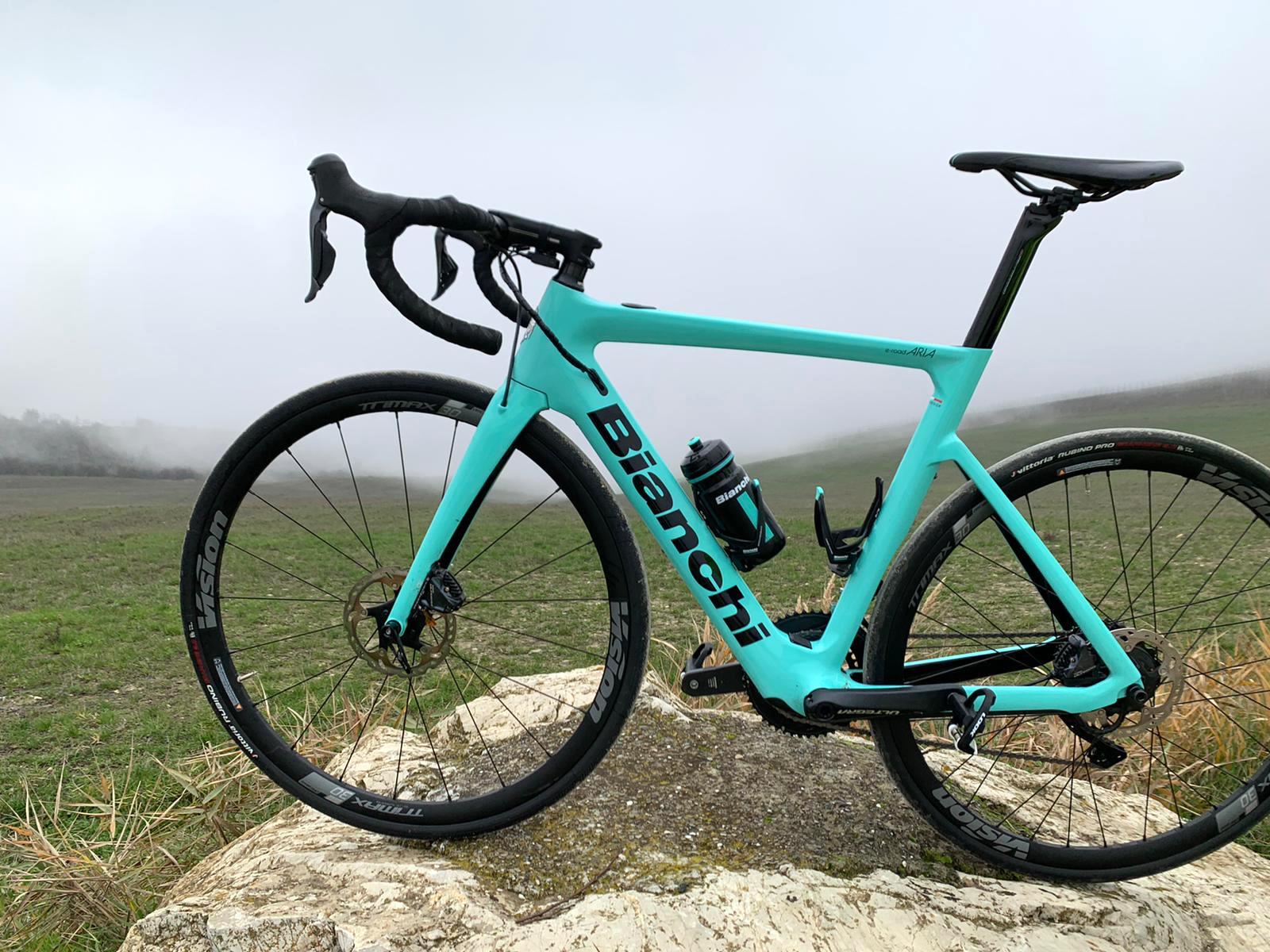 There is still a long way to go under the wheels of pedal-assist racing bikes, if there are still, as there are, a few intransigent cyclists in boots who consider such bicycles to be the sons of lesser cycling. It’s a bit like the anti-vax crowd: until they try it, they don’t believe it. What the road is saying, what the market is saying, what the users are saying, is that electric cycling will be the biggest part of the future on two wheels. This is not because one ‘makes less effort’, which by the way is not true, but because electric propulsion expands possibilities, opens up new avenues, brings new cyclists to the saddle and brings back many who had abandoned it. And this is true both for e-road, the pedal-assist racing bikes used in the Giro-E, and for the e-bikes that are increasingly crowding the Italian roads – not only the busy streets of big cities, but also those of the many beautiful provincial towns, where the bicycle has always been a real, everyday mode of transport long before we started talking about mobility in the broadest sense.

In this context, let’s put aside traffic problems and the usefulness of e-bikes in making the environmental impact of western lifestyles more sustainable, and focus on the more playful side of things: using a road e-bike to live and share experiences, keep fit, let off steam, and enjoy riding uphill.

Let’s start with a question: what is the distance between a custom-made Look Dura Ace bike with a splendid 53-39 crankset (how unsightly are compact bikes?) and a 28-tooth sprocket and the immaculate Bianchi Aria road e-bike that sits next to it in the garage? On a technical level, a sidereal distance.

The first one is a regular bike that depends solely on the rider, equipped with the best technology of its time: ten gears, conventional brakes, no electronics, no 50-34 crankset. It was designed only ten years ago. What was then the best, in ten years has become the classic. Along came, in order, the electronic gearbox, 11 speeds, then 12 speeds, disc brakes, not to mention the wheels, of course. So, racing bikes have become spaceships, and when you get on a top bike today, the sensation is the same as sitting in a BMW 5 Series. You are at the helm of the technological frontier, a luxury that entire generations of car drivers and cyclists alike did not have the chance to experience until well into the 2000s. However, what separates this Look from a super bike of today, if in substance is so much, in practice is almost irrelevant. It weighs one kilo and a half more than a superlight bike, the aluminum rims pay a toll at every change of pace, the gearing is harder with its conventional and not compact crankset (but the bike is better looking), and the rear sprocket can in no way reach the 20-32 teeth of the current ones (looking like frying pans, though). Nonetheless, the technical gesture, the effort to climb, the approach to pedalling and, basically, to cycling, are just the same. In fact, when I found someone with a lighter & ‘compacter’ bike on a climb and I rode at the same pace, I felt an intimate satisfaction of being better, in that I was tackling the climb without any tricks – a bit like the mountaineer who climbs 8000 metres without oxygen – with the same gears used by the champions who made cycling history. I admit it. It’s a bit like the intransigence typical of some cyclists I mentioned earlier, a testosterone streak that, in the male, is ready to reappear whenever a confrontation is proposed or he imagines he is. This feeling, which is a bit silly but also natural and beautiful, requires sweat and effort, because the bike never climbs alone. It also requires the right weight, which may not be your ideal weight, but which allows you to tackle climbs with double-digit gradients without feeling your heart explode and therefore slowing down, stopping, giving up.

I remember that getting to that point, at a level of training and weight that would allow me to do certain climbs, cost me a tremendous effort. It took me a year to climb one of the ‘walls’ in the Oltrepò hills in a fair manner, that is, on my 53-38/28 bike. For a whole year that gruesome climb rejected me, forced me to get out of the saddle and turn back. Then, one day I did it, and I admit it was very cool. But that was three years, twenty kilos and a hard covid ago. Those events led me to the other bike in my garage, the pedal-assist Bianchi, which is to my Look, but also to the high-end regular bikes, like a Tesla to a diesel Fiat Tipo. It’s not necessarily better, but it’s different, and it’s the future. A future that I decided to embrace the day that the figure on the scales was, for the first time, the same as the frequency of a radio station whose slogan is Very Normal People, i.e. Radio 102.5. There and then, my weight was no longer very normal, and I had to do something about it. That’s when I felt like riding a bike again.