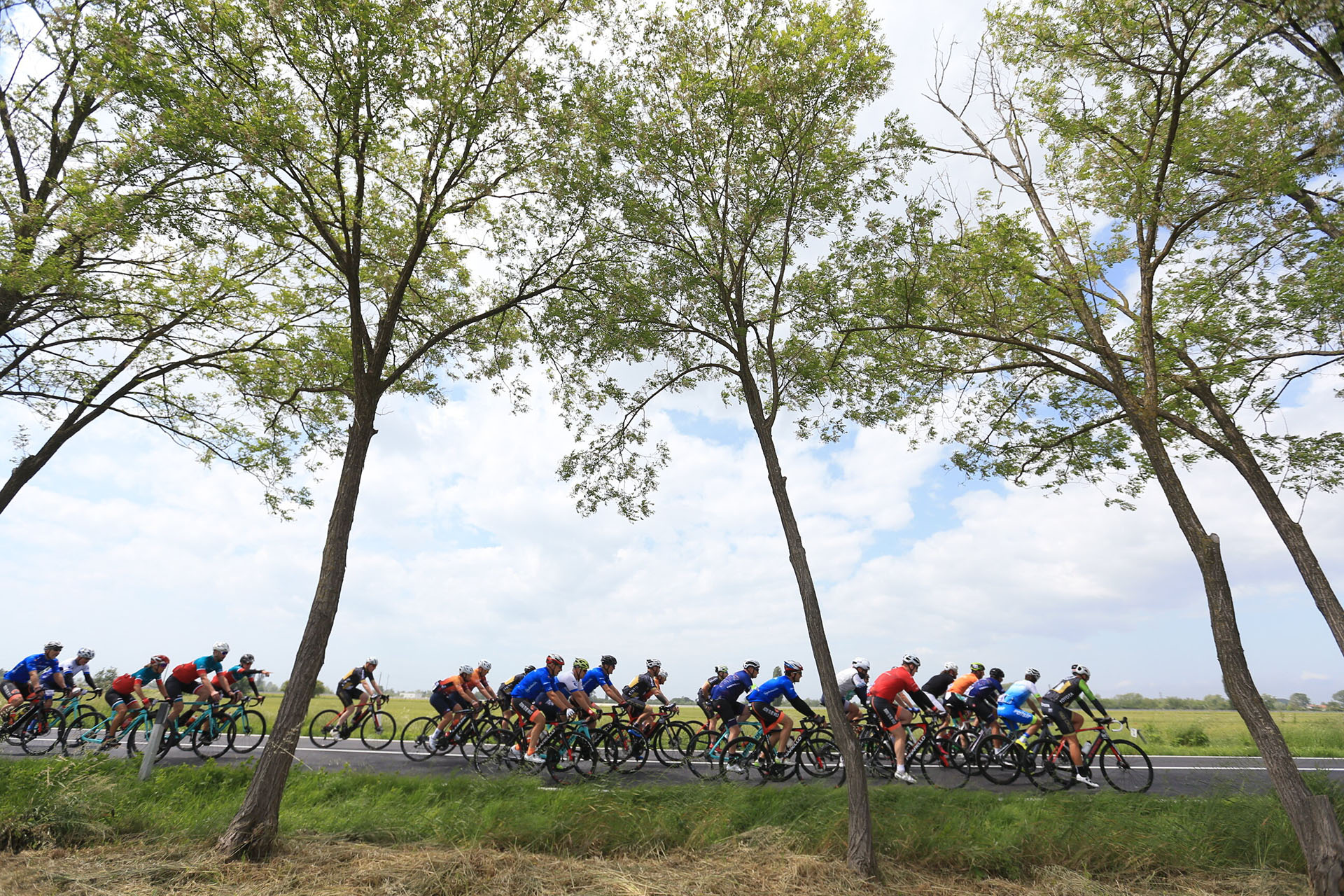 Stage number 15 of the Giro-E 2021 stands between two fronts: from Aquileia to Gorizia, 74 kilometres with little movement (550 metres of elevation gain). A piece of cake compared to the Zoncolan that preceded it and the peaks of the Canazei-Cortina D’Ampezzo (Pordoi and especially Giau) that will follow, two five-star stages.

The starting town is extremely interesting. Founded by the Romans in 181 B.C. and declared a UNESCO World Heritage Site in 1998, Aquileia was one of the largest cities of the Roman Empire, one of the most vibrant communities of early Latin Christianity, and one of the most important ancient ports on the Adriatic, the starting point of trade, cultural and military routes to North-Eastern Europe. Worth visiting are the Episcopal Basilica with the Baptistery and the Südhalle, the Heroes’ Cemetery, the Roman Forum, the river port and the Domus of Titus Macro. It is crossed by the Alpe Adria cycle route, a cross-border itinerary that connects Salzburg to the Adriatic Sea, passing behind the Roman Forum and near the Basilica before plunging into the magnificent Grado lagoon; the Aquileia-Grado section is an ideal itinerary for a bicycle trip, flat and without traffic.

As for the stage, the other interesting factor is the town of arrival, Gorizia, which together with Nova Gorica is the European Capital of Culture 2025. The two cities convinced a jury of international experts with the slogan GO! Borderless, “let’s go without borders”, and with the idea of a Europe where walls have been broken down by the strength of two local administrations that have overcome all obstacles to build a better future.

The double crossing into Slovenia is also symbolic. First to tackle the steep climb of about two kilometres in Gornje Cerovo (Gran Premio della Montagna), then on the return to Italy from San Floriano del Collio, to cross the northern part of Gorizia and return to Slovenia and cross Nova Gorica for a further four kilometres in foreign territory; at the end, a climb of about one kilometre with gradients of up to 14% followed by a demanding descent back to Italy. In the last kilometre there is a short stretch of cobblestones. A very beautiful stage from the point of view of the landscape (vineyards, above all) and history, but not very good from a cycling point of view.

The news of the day is that ten teams ran instead of the usual nine. There was in fact the “special team” of ECOC 2025 (European Capital Of Culture Nova Gorica and Gorizia 2025) and this team was the character of the day. It was composed, among others, by Daniele Pontoni, from Friuli, cyclocross rider and biker for 17 seasons, World Champion as an amateur in cyclocross in 1992 and as an Elite in 1997, he collected 10 Italian Elite titles in cyclocross; Matej Mavric Rozic, Slovenian ex-footballer (defender), 18 professional seasons, also played in the major leagues in Norway, Germany and Austria, making 37 appearances (with one goal) for the Slovenian national team and making his debut in an Italy-Slovenia match in Trieste; Alen Koblica, a Paralympic triathlete (blind), aims to take part in the Para-Olympics in Tokyo; Ana Bucik, Slovenian skier born in 1993, her specialities are slalom, giant slalom and combined, she won the Junior World Championships in 2012, held in Roccaraso (which has hosted the Giro d’Italia many times, the last in 2020); Samira Todone, a former master category biker with several Italian and European titles, won the Cross Country Master World Championships in Brazil in 2012.