Do you want a Porsche? Just pedal 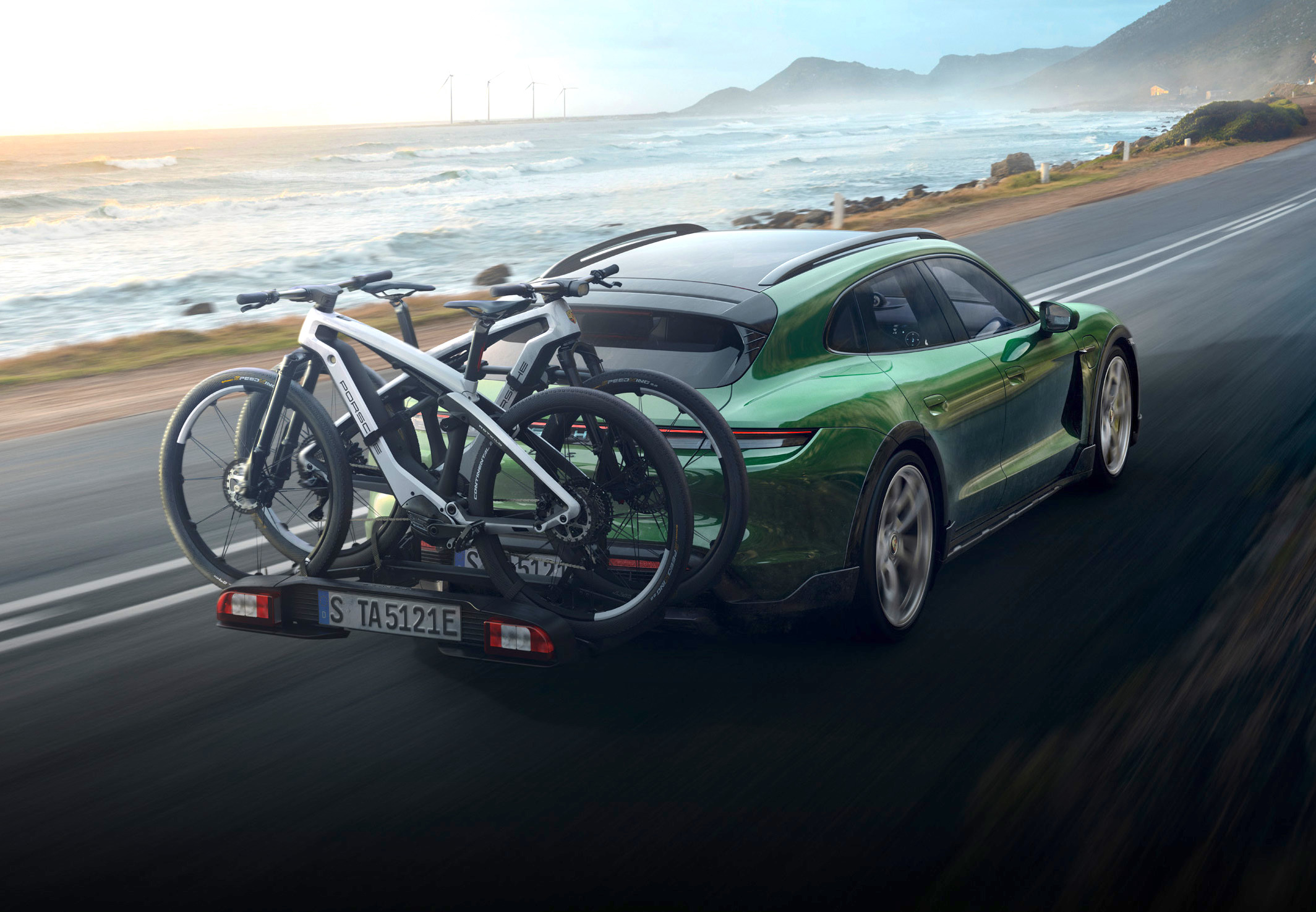 The race of car manufacturers to go electric also includes e-bikes. Almost all four-wheeled brands – from Jeep to Peugeot (the only one to produce bikes on a large scale) – offer their branded version of a pedal-assist bicycle, and they are now joined by motorbike manufacturers.

The one that makes the biggest impression is Porsche, which back in the day offered its customers beautiful, high-tech, expensive mountain bikes. In March of this year, the Stuttgart-based company – which has also taken over the majority shareholding in Greyp Bikes (it already owned a share), a Croatian company specialising in pedal-assist bikes with the characteristic of being hyper-connected – presented its new e-MTB in two versions, Sport and Cross, made in collaboration with Rotwild and manufactured in Germany. The design is inspired by that of the new Porsche Taycan, the bikes have a carbon frame, are shock-absorbed front and rear, have a Shimano EP8 motor with a 504 Wh battery and electronic Di2 gearbox with 11 gears (Sport) or mechanical 12 gears (Cross). Their prices? Fair enough, because despite the 8,200 euros for the Cross version and 10,200 for the Sport, they’ve already gone almost sold out, so much so that Porsche is working with Rotwild on an update and then a restock. Unless, with the acquisition of Greyp Bikes, it creates a real e-bike range.

Ducati, another premium two-wheeler brand, has also stepped into urban e-mobility with a folding e-bike by Scrambler, the brand that has brought the historic all-terrain bike made in Bologna back to the market very successfully, at ease on asphalt and also on dirt roads. The SCR-E, equipped with an aluminum frame, a suspension fork and fat tires with a diameter of 20 inches and a width of 4 inches, is fitted with a 250W Bafang 8FUN rear hub motor with four assistance levels and a 374 Wh battery integrated into the frame. It’s a city commuter: it can fit in the boot (provided it’s big enough, because it’s not the slimmest folding bike on the market) and be used for the last leg of the journey, or else, for the home-work journey and then folded up and kept in the office. It weighs a bit (24 kg!), nothing like the e-road bikes of the Giro-E. But don’t forget, the engine will do its job.