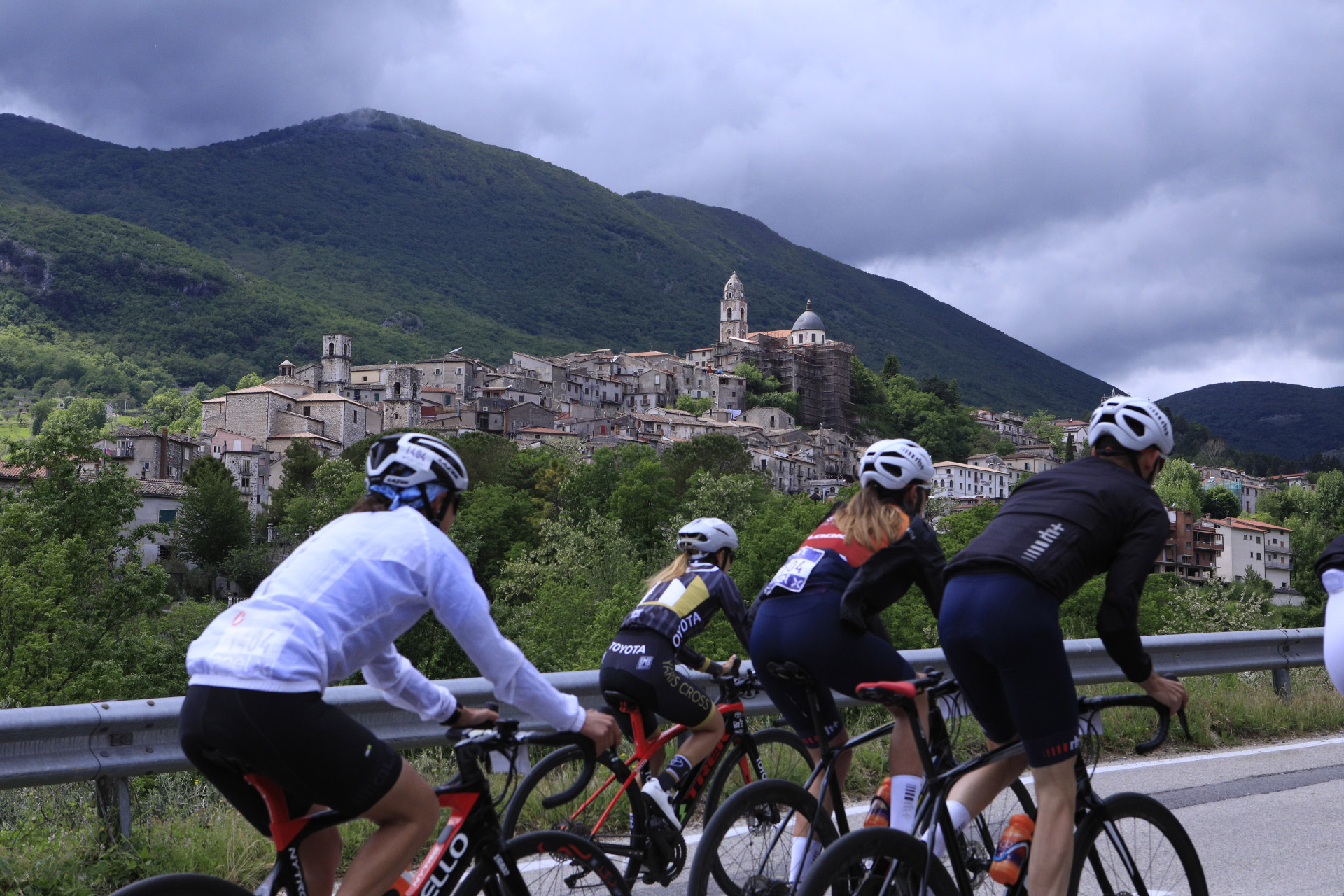 When life is downhill, it’s a whole different game. So today, stage number 8 of the Giro-E 2021, we start from the beautiful Vinchiaturo without any effort. This municipality in the province of Campobasso, in Molise, is an ancient Samnite town and, despite its ancient origins, is in the vanguard, having recently installed five Enel X electric recharging stations with 10 positions.

Returning to the stage, another day of good weather and a beautiful route, enhanced by the long climb to Bocca della Selva, category 2, 19 kilometres at an average of 4.6%: in other words, long and relentless. Equally long, even more so, the descent, seemingly endless, to Castelvenere, where the road began to climb again towards the arrival in Guardia Sanframondi, the real climb of the day, category 4, much shorter but also sharp, 3.9 to 6.9% average with peaks at 11%. A spanking for the leg muscles, which made it to the finish line after 75 and a half kilometres and 1500 metres of positive elevation gain. Nothing impossible of course, but a beautiful pure Apennine, which the engine will manage to dilute only to a certain extent. All in all, the right stage in view of tomorrow’s stage, which is once again a four-star one. In the meantime, after crossing the arch of the Giro d’Italia, falangina and cauzon for everyone, because cycling is an ancient sport, and we mustn’t lose the good old traditions.

No character of the day today. The memory of Moser’s determination is enough to fill the void. How beautiful it was to see him pedalling, yesterday, with a low grip, all grit, almost as if the engine wasn’t there. We’ re sorry to say that they don’t make men like that anymore: it’s a cliché, but it’s also true.