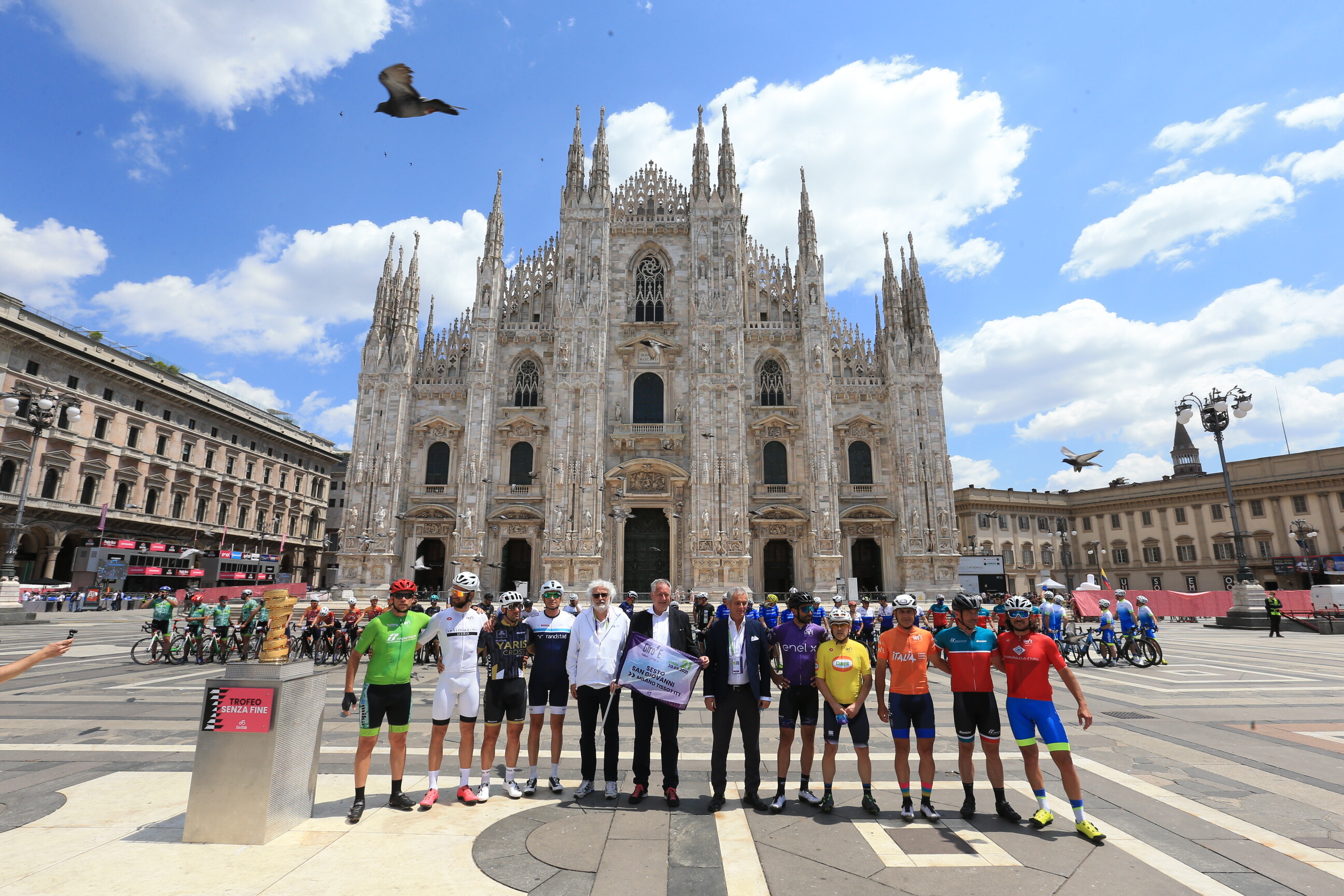 The last stage of the Giro elettrico started from the Stalingrad of Italy, nickname of one of the most industrialised areas of the country in the past: Sesto San Giovanni. An agricultural village with mansions until the 19th century, Sesto became the Italian capital of heavy industry (Falck, Breda, Marelli) in the early 20th century. In 1996, the last of Sesto’s large industrial concerns, Falck, closed. Since then, the area has been the subject of major urban redevelopment projects. Worth visiting are the noble villas, built between the 16th and 18th centuries, such as Villa Torretta, Villa Pelucca, Villa Puricelli Guerra, Villa Mylius and its gardens, and Villa Campari. There is also notable industrial archaeology, with the former T3 blast furnace and the overhead travelling bridge at the Breda archaeological park, as well as the Falck Village, a workers’ village built by the factory that bears the same name. Sesto was one of the first cities to install electric vehicle recharging stations: there are now 28, each with two recharging points. There are also three sharing points for electric scooters and an extensive network of cycle paths.

On the evening before the start, Saturday, directly back from Alpe Motta, Sesto celebrated the protagonists of the Giro-E with an exclusive dinner at Villa Campari, where participants, captains, team managers and their sponsors renewed the atmosphere of cordiality and cheerfulness that has characterized the whole Giro-E 2021.

Today the event was historic for the Electric Giro, because the first time trial (regularity team time trial) of its young existence was held: this is in fact the third edition, not counting the number zero of 2018. The participants had the pleasure and the satisfaction of living, among many others, the truly unique experience of a time trial stage and not in line. From Sesto San Giovanni to Milan, only 10.6 kilometres (instead of the 30 of the professionals), but in the legend. Thirty minutes, more or less, to go from Parco Gramsci (obviously) to Piazza Duomo, passing through Viale Monza, Corso Buenos Aires, Corso Venezia, and Corso Matteotti. One of the most intense stages, as far as suggestions are concerned, with no inferiority complexes compared to the big Dolomite stages.

That’s how Giro-E 2021 ended, after 1,477 kilometres and 23,300 metres of positive height gain, with arms raised under the winner’s arch and the patronising and protective gaze of Milan’s Madonnina. An edition to remember, because this is what all the participants will do, from those who rode in all the stages like the captains to those who only did one stage. Gregarians and champions, nobodies and celebrities, many managers, many former champions. Among the others, we will remember the ring legends Jury Chechi, the canoeing legend Antonio Rossi and the skiing legend Kristian Ghedina, and then Giorgio Mastrota with his daughter Natalia, the entrepreneurs Mauro Benetton and Ottavio Missoni Jr, the former rugby players Mauro Bergamasco and Andrea Lo Cicero, the former Formula 1 driver Nicola Larini, the Secretary General of the Ministry of Tourism Lorenzo Quinzi, politician Bruno Tabacci, TV presenter Davide Camicioli, actress Matilde Gioli, the councillor for Tourism, Sport and Quality of Life of the Municipality of Milan Roberta Guaineri, the mayor of Sesto San Giovanni Roberto Di Stefano, former Juve defender Moreno Torricelli, Patient 1 Mattia Maestri, Modà drummer Claudio Dirani, “Iene” Veronica Ruggeri and Nicolò De Devitiis; as well as former pros Francesco Moser, Gianni Bugno, Alessandro Ballan, Moreno Argentin, Igor Astarloa, and then Andrey Kashechkin, Moreno Moser, Max Lelli, Andrea Ferrigato, Andrea Tafi, Roberto Ferrari, Daniele Colli, Roberto Conti, Alberto Ongarato, Marco Cannone…

Now, how can we put this? ladies and gentlemen it’s been great, but we have to close. See you next year.