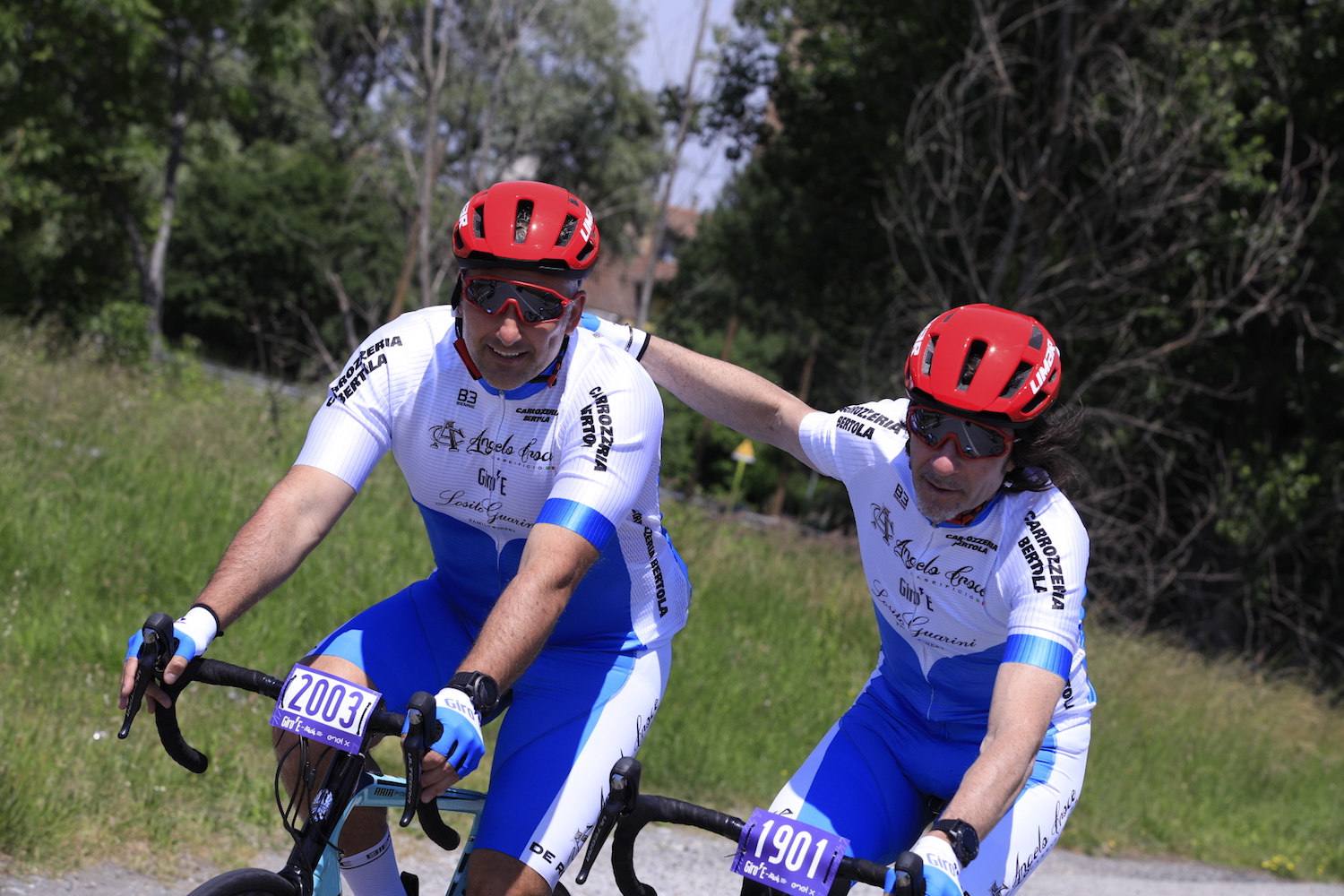 Let’s talk about it. Numbers don’t usually lie, but we don’t quite agree with the two stars given to stage number 18 as they don’t truly reflect reality. This 86-kilometre stage, almost half the length of the pro stage, takes the best part of it, namely the second, and a flat first part that, in the case of the electric cyclists, starts in Casalpusterlengo, is flanked by a final that is as lively as the bubbles that are produced in this land of good wine.

Easy only in appearance, the Casalpusterlengo-Stradella is unlikely to offer any surprises to the professionals, but it will undoubtedly positively surprise the participants in the Giro-E, because the last 35 kilometres are all up and down, narrow roads with little flat. There are quite challenging climbs, but above all very technical descents, to be tackled with great caution. This is the Oltrepò Pavese: loved and travelled by local cyclists as well as by those coming all the way from Milan.

First, however, a few words about the town of departure.

The village of Casalpusterlengo, of ancient origin, belonged in the 14th century to the Pusterla family, hence the name, who were succeeded by the Lampugnani (1450), the Marquis Castelli (1665-1695) and finally the Trivulzio. Of the castle, built by the Pusterla family, there remains a crenellated tower which has been recently restored. Casalpusterlengo played an active role during the Napoleonic era; among other things, Napoleon Bonaparte stayed here during the Battle of Lodi in 1796. Since 1976 it has boasted the title of “town”. Worth seeing are the Pusterla Tower, the Church of San Bartolomeo and Martino, the Carlo Rossi Municipal Theatre, Palazzo Lampugnani, Villa Biancardi Vistarini in Zorlesco and the Sanctuary of the Madonna dei Cappuccini. Casalpusterlengo has numerous cycle-pedestrian routes that link the town with its neighbourhoods and the villages with the surrounding area. On the sustainability front, it has long been committed to renewing the Local Police vehicle fleet, with the purchase of hybrid and methane cars and electric bicycles. It is famous for the production of Gorgonzola di Croce, torta di Casale and Stangheti, typical pumpkin ravioli.

Good food introduces us to the Oltrepò, specifically the area around Broni and Stradella, where the final portion of this stage takes place. The toughest climb is Castana, category 4, five kilometres with peaks of 11%. But it is the irregular altimetry profile and the continual climbs that give this stage its two souls: the first, that of the plains, and the second, this segment of the Apennines.

Important people cycled today. Important for what they have done. There’s Gianni Bugno, two-time world champion, returning to the Giro-E after having been there before in 2019; he is coming in the 30th anniversary of his first rainbow title, in Stuttgart. “A nice ride, not bad at all,” commented the champion. He was referring to the fact that the so-called Patient 1, Mattia Maestri, the Lombard manager who was first diagnosed with the Covid -19 virus on 20 February 2020, also rode this stage. If there was to be a restart, there it was or at least, the Giro-E did its part.