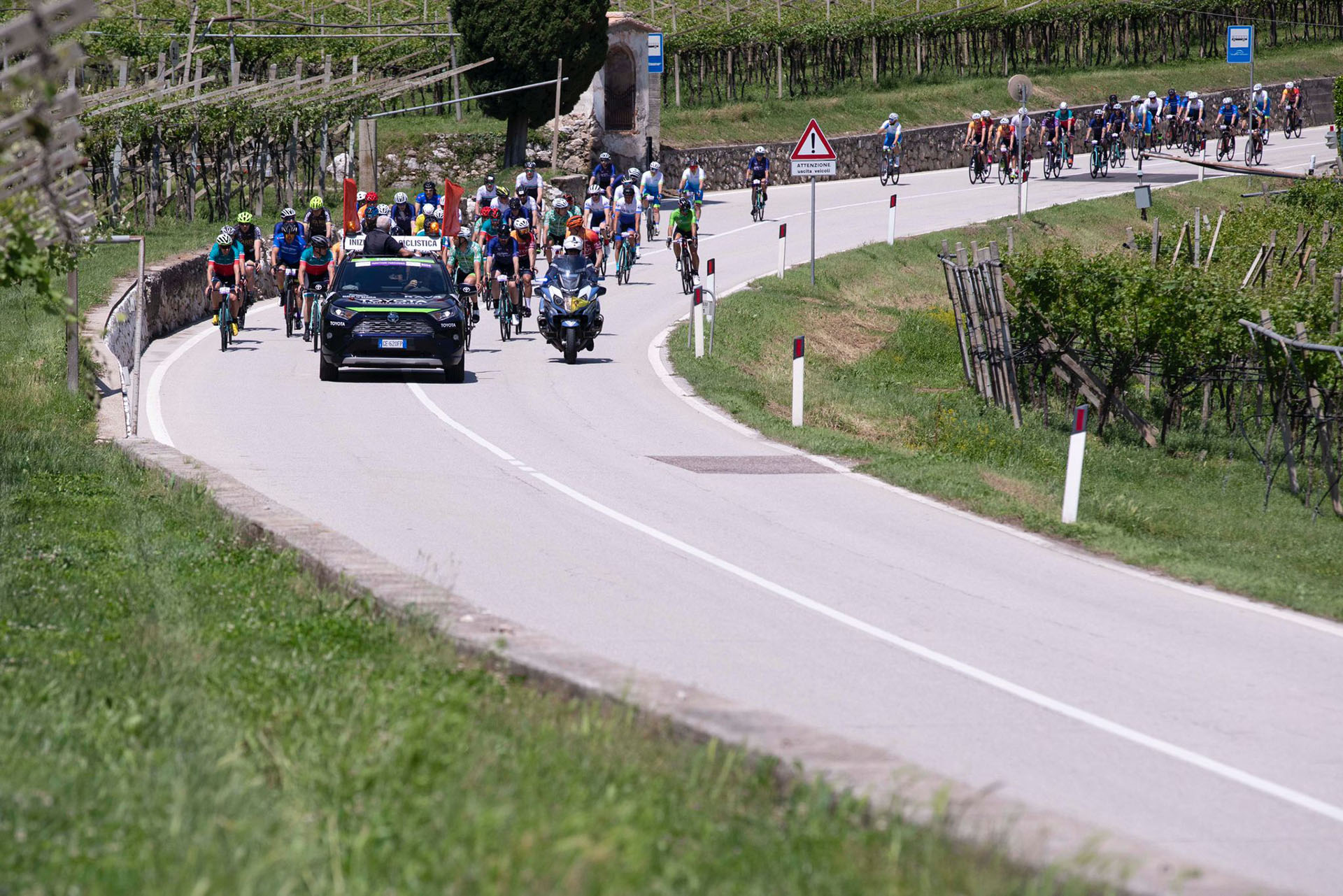 Alchemic scenarios today for the Giro-E, which regains momentum after the second day of rest and rediscovers the important mountains. A four-star stage of this electric Giro, the third and last. Only 56.7 kilometres, but 1200 kilometres of positive height gain, which translate or reduce (but it’s reductive to say so) into a single climb, the one that leads to Sega di Ala, the arrival point of the stage that started in Trento, directly on the Giro route.

This finish is a first for the Corsa Rosa and comes after a final ascent of around 11 kilometres, a thousand metres of positive elevation gain (1,098 metres to be precise) and never a chance to breathe. The first 9.5 kilometres of the climb are practically always above 10 per cent, with prolonged peaks of around 15 per cent and a maximum gradient of almost 18 per cent. High mountains. And blessed be the bicycle engines.

First, from Trento, an all-too-flat route along the right bank of the Adige, until the single, intense effort to climb to Sega di Ala. How to describe it? A long, Buzzati-like wait (the author of The Desert of the Tartars was, among other things, one of the most brilliant Italian cycling reporters ever) until the battle erupts, on a climb like this, which for an amateur can well be one of the trials of his cycling life. We have praised the Zoncolan so much, and rightly so, but a climb like this has nothing to envy to the most famous and emblazoned climbs.

Along the Adige, a beautiful, panoramic road through the vineyards, 24 degrees: a perfect day for cycling. Then the climb. For some, the toughest climb ever encountered. Someone said: the Zoncolan is nothing in comparison. There’s nothing more to add.

As for the city of departure, Trento, in the heart of Trentino-Alto Adige, is a paradise for cyclists. Monte Bondone and the nearby Valle dei Laghi offer the possibility of wonderful walks in the countryside, hiking trails of all levels, urban trekking routes, vie ferrate, mountain bike routes, water sports and activities for young and old alike.