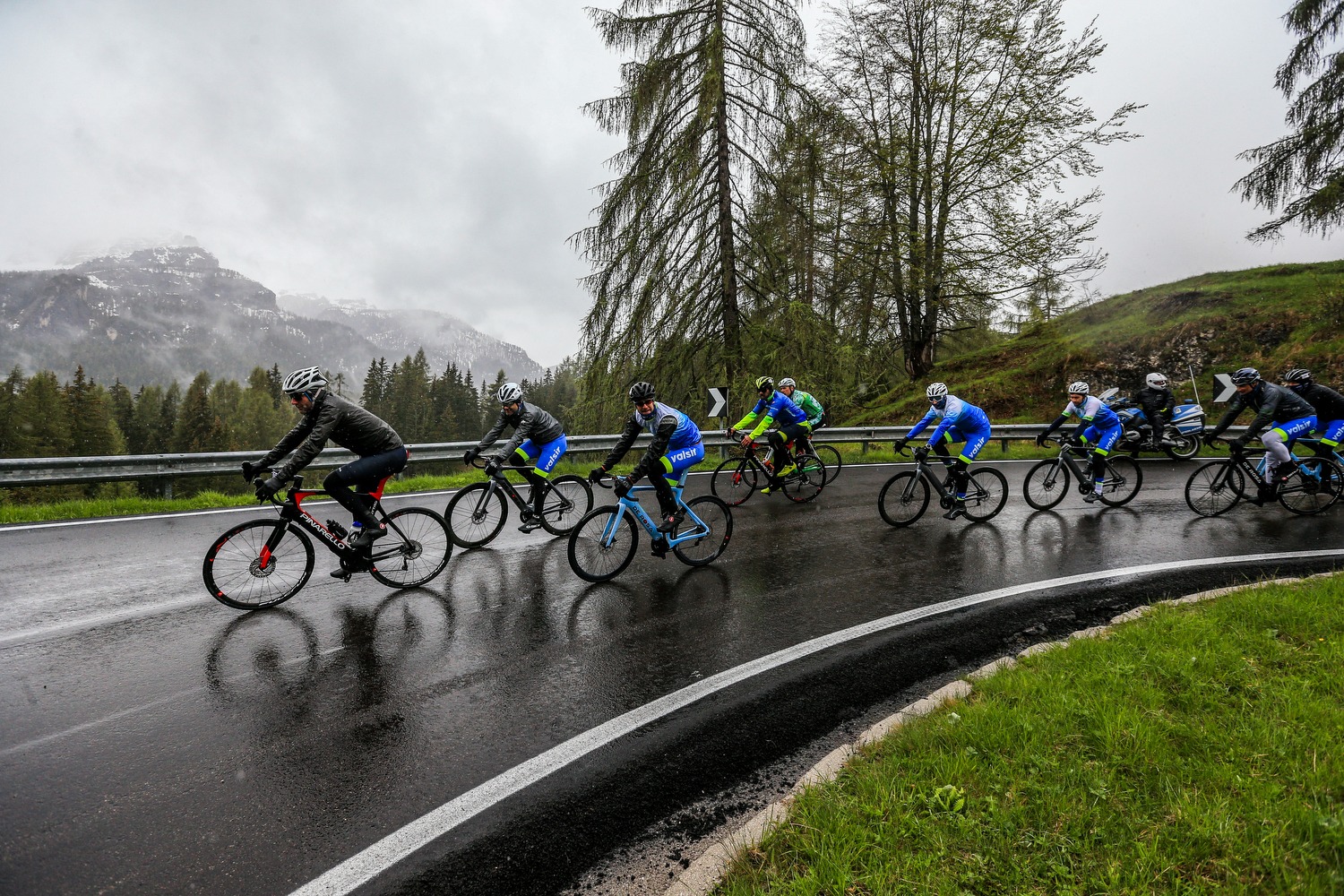 On the day of sorrow, where we celebrate the memory of the 14 people perished yesterday in the crash of the Stresa-Mottarone cable car, the Giro d’Italia returns to the mountains. A start that hurts, the one from Sacile for the professionals and from Canazei for the Giro-E, but that was necessary, indeed due, because the fault in these tragedies is never of the mountain, but of the man, of his carelessness, his greed, his ambition.

The mountains, in a way, presented the bill. The bad weather forced the elimination of the Pordoi Pass from the route, the shortening of the stage for the professionals (the Giau has become the new Cima Coppi of the 2021 Corsa Rosa, with 2,233 metres) and the profound modification of the stage for the electric cyclists, who didn’t even tackle the Giau, on which snow fell heavily in the morning. After getting into the car in Canazei, the Giro-E cyclists got out of their vehicles 7 kilometres from the finish line and got into the saddle, arriving in Cortina, home of the 2026 Winter Olympics. Despite the downhill route, however, it was a test of willpower, as it was raining and cold.

One more time ten teams were present, because to the nine canonical teams was added the “special team” Scarpa (official footwear supplier of the Giro d’Italia). Many personalities: from Roberto Conti – team ENIT Agenzia Nazionale del Turismo, professional for 18 seasons from 1986 to 2003, climber and former historical wingman of Pantani, winner of the Maglia Bianca at the Giro d’Italia in 1987 and of the 16th stage at the Tour de France 94 with arrival on the mythical Alpe d’Huez – to Daniele Colli, former professional for 13 seasons from 2005 to 2017, 5 victories in his career, who participated with the Toyota team, in which were also present the entrepreneur Mauro Benetton, Gianmario Tondato Da Ruos, CEO Autogrill, Pietro Luigi Longo, Head of M&A and Co-Chief Integration Essilor Luxottica, Alberto Santilli, Chief Financial Officer of Toyota Motor Italia.

Due to the heavily modified stage, the jerseys remained the same as the previous day.