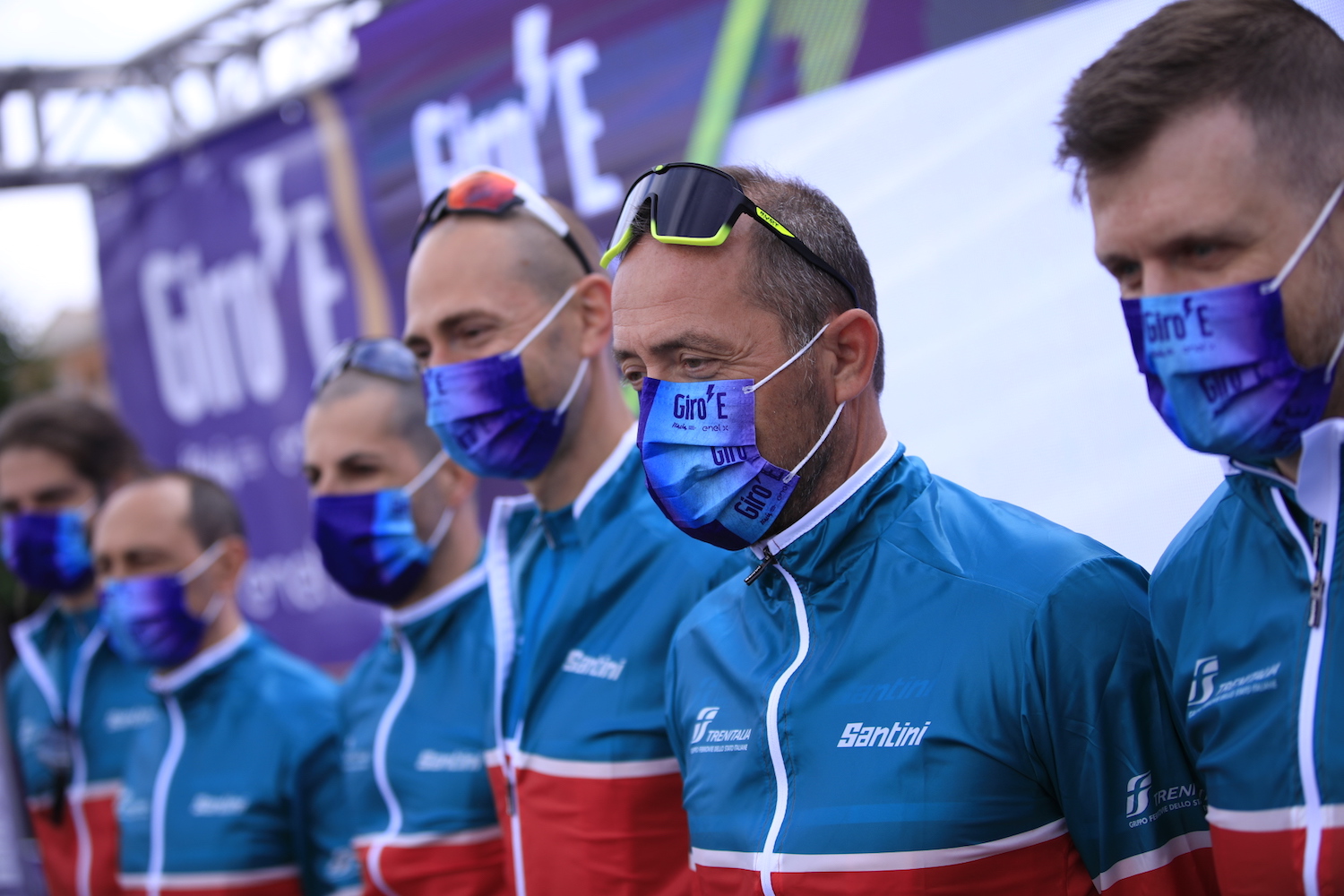 From Turin to Turin without passing through the start. The first stage of the Giro-E 2021 starts on a gentle note: 43.8 kilometres (precision is important) to stretch the legs and test the engines and batteries. Instead of the time trial, the director of the electric Giro, Roberto Salvador, has opted for a hilly route with two bumps with a gentle profile, at least uphill: Revigliasco and, above all, Superga. The latter is beautiful in the ascent, tough in the descent, steep and technical. At the end, back to Turin entering the racecourse of the professionals, totally flat as befits a pure time trial. Finally, the finish line, and the usual emotion of the electric cyclists who pass for the first time under a sacred place of cycling as the finish line of a stage of his majesty the Giro d’Italia

The start, or rather, the Grand Departure, has not been chosen randomly: Turin, first capital of the Kingdom, from 1861 to 1864, celebrates the ancient (160 years) splendour of the past. It will be one of the many tributes of the Giro d’Italia, and the Giro-E, which we will see in this 2021 edition, the 104th of the Pink Race and the third of the electric Giro.

The character of the day is not famous: he is a Trenitalia train driver, formerly Ferrovie dello Stato or FFSS. The Trenitalia team is made up of employees of the company, except for the captain, Andrea Ferrigato, a former professional (1991-2005) with a second place in the 1996 World Cup behind none other than Johan Museeuw. His task is to tutor his ‘seconds’. “There’s little tutoring to do, they’re very well trained,” says Ferrigato. “In the world of cycling there has always been envy towards railwaymen because they work half days and have plenty of time to ride. In fact, the winners of the races were always either nurses or railwaymen. Finding a group like this is nice and fun, because they have time to train, and they are strong”. Such is, in fact, the character of the day: Massimo Siclari, 60 years old, train driver, Chivasso depot. “I drive the train but I’m a cyclist,’ he says. “For me, the bike is like a second wife: I cycle 10,000 kilometres a year”. What joy the lady must have felt when he told her he was going out again this Saturday to come to the Giro.

Ferrigato, who says of himself as a cyclist “I was a half sprinter”, was the first to arrive under the finishing arch today. As punctual as a Frecciarossa.