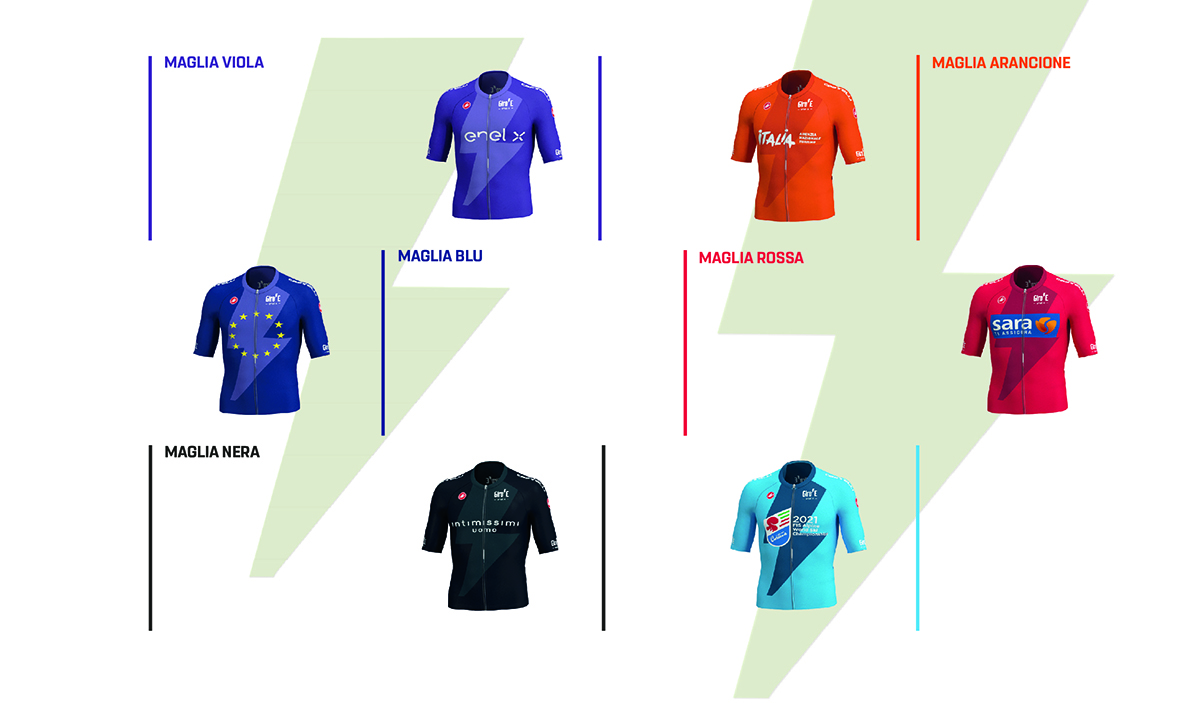 25,000 meters in altitude gain, almost three times Mount Everest. This is the figure that outlines the profile of the Giro-E 2020, the only stage event in the world dedicated to electrically-assisted bikes. Now in its third edition, after the inaugural event of 2018, the Giro-E will take place this year from 4 to 25 October, on the same roads and the same days as the Giro d’Italia. It features 20 stages – only one less than the Corsa Rosa – over a total distance of 1,500 kilometers, and includes time trials stages for the first time. Thanks to the electrically-assisted bikes, the Giro-E allows amateur cyclists with a minimum of training to experience the emotions and routes reserved for the pro riders, fighting to get on the podium of the Giro d’Italia.

This year seven teams will take part in the Giro-E, an event organized by RCS Sport.

The Japanese manufacturer, which is also the Official Car of the event, will bring two RAV4 Hybrids, six Corolla TS 1.8 Hybrids and a Prius Plug In Hybrid to the Giro-E, as well as Toyota Motor Italia dealers, employees and ambassadors. Like last year, the team captain will be Patrick Martini, a former Italian athlete and a presenter for Icarus Sky Sport. “We will try to give Toyota and its guests incredible emotions,” says Martini, “as well as raising public awareness of electrified mobility and environmental protection.” On Trek bikes.

Italia Agenzia Nazionale Turismo will participate with its own team of non-professional cyclists, composed – in rotation over 20 stages – of 20 participants including journalists, influencers, bloggers, instagrammers and tour operators selected from 28 foreign Italia Agenzia Nazionale Turismo offices around the world. The objective is to tell the story of Italian excellence, promote sustainable tourism and highlight some of the country’s lesser known territories. The team captain will be Moreno Moser, a former pro and only Italian winner of the Strade Bianche (2013). On Bianchi bikes.

A new entry in the Giro-E is the foundation dedicated to the unforgettable Michele Scarponi, who conquered the 2009 Tirreno-Adriatico and 2011 Giro d’Italia. Michele lost his life in 2017 in a road accident, and for this reason the foundation that bears his name promotes the safety of cyclists. “The road must become safe for all,” says Filippo Cipollina, project manager, “not only cyclists but also pedestrians, people with disabilities and children. Today, the road is the leading cause of mortality in the 10 to 15 year range.” The captain will be Gilberto Simoni, twice winner of the Giro (2001 and 2003). On Trek bikes.

An Italian multinational leader in the plumbing and heating sector, Valsir makes its debut at Giro-E with its own team made of collaborators and commercial partners. Under the supervision of team manager Emanuele Bombini and captain Roberto Ferrari, a former pro who retired last year and stage winner at the 2012 Giro, 80 ‘athletes’, selected from customers and collaborators, will wear the company colours to represent and share the passion of Valsir, official sponsor of the Giro d’Italia, in one of the sporting events that best embody the history and spirit of cycling. On De Rosa bikes.

The Fly Cycling Team – CDI sees the union of two organisations active in promoting sport and health. “We will involve collaborators from our staff and patients in the race,” says Fulvio Ferrara, director of the laboratory medicine department of the Italian Diagnostic Center (CDI). “Sport and a correct lifestyle are extremely important and represent a strong lever for prevention.” The captain will be Amedeo Tabini, former pro and account manager of Fly Cycling Team. “We are proud to take part in this event,” says Tabini. “After seven years in which Fly has been present as a team in the Under-23 category, the last three of which are increasingly supported by the Italian Diagnostic Center, this year thanks to the Giro-E we will carry our message – playing sports with diabetes is possible – to an even larger audience.” On Look bikes.

Like in 2019, the Mediolanum team will invite customers and potential customers identified by Mediolanum Family Bankers in the towns where the stages will start. Team members will change every day, including the captain. On Bianchi Aria bikes.

This is the first appearance for RCS Sport, organiser of the event, and now owner of a team. It will bring guests, journalists, influencers and partners to pedal on the roads of the Giro d’Italia. The captain will be Max Lelli, a talented Tuscan winner of two stages in the Corsa Rosa. On Bianchi bikes.

While not being a competitive event, the teams will compete for six Jerseys. The rankings are purely symbolic, as it is not a competition and there are no prizes of value. Six Jerseys will be assigned after each stage, which will be worn on the next stage by the team captain or vice captain.