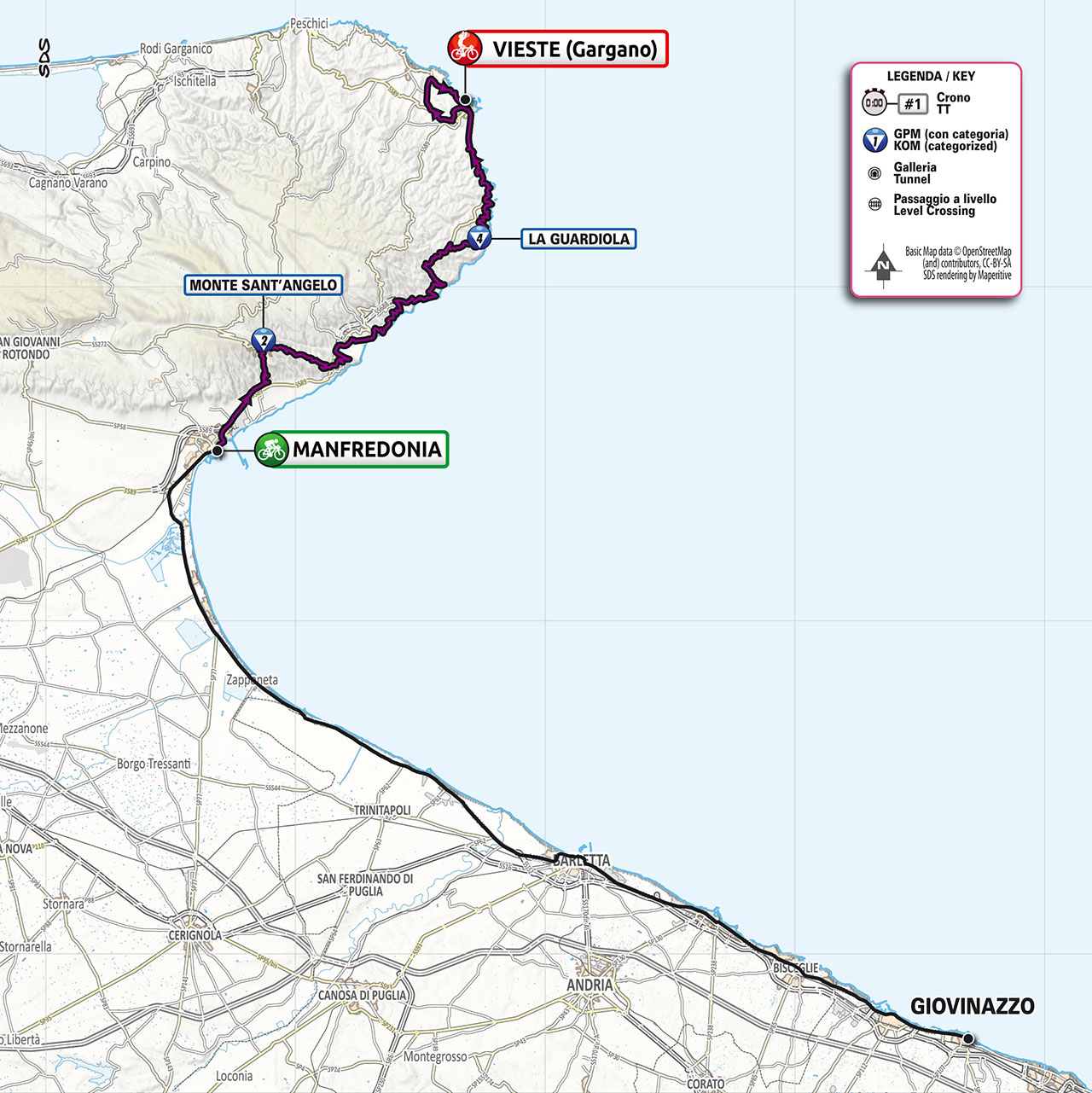 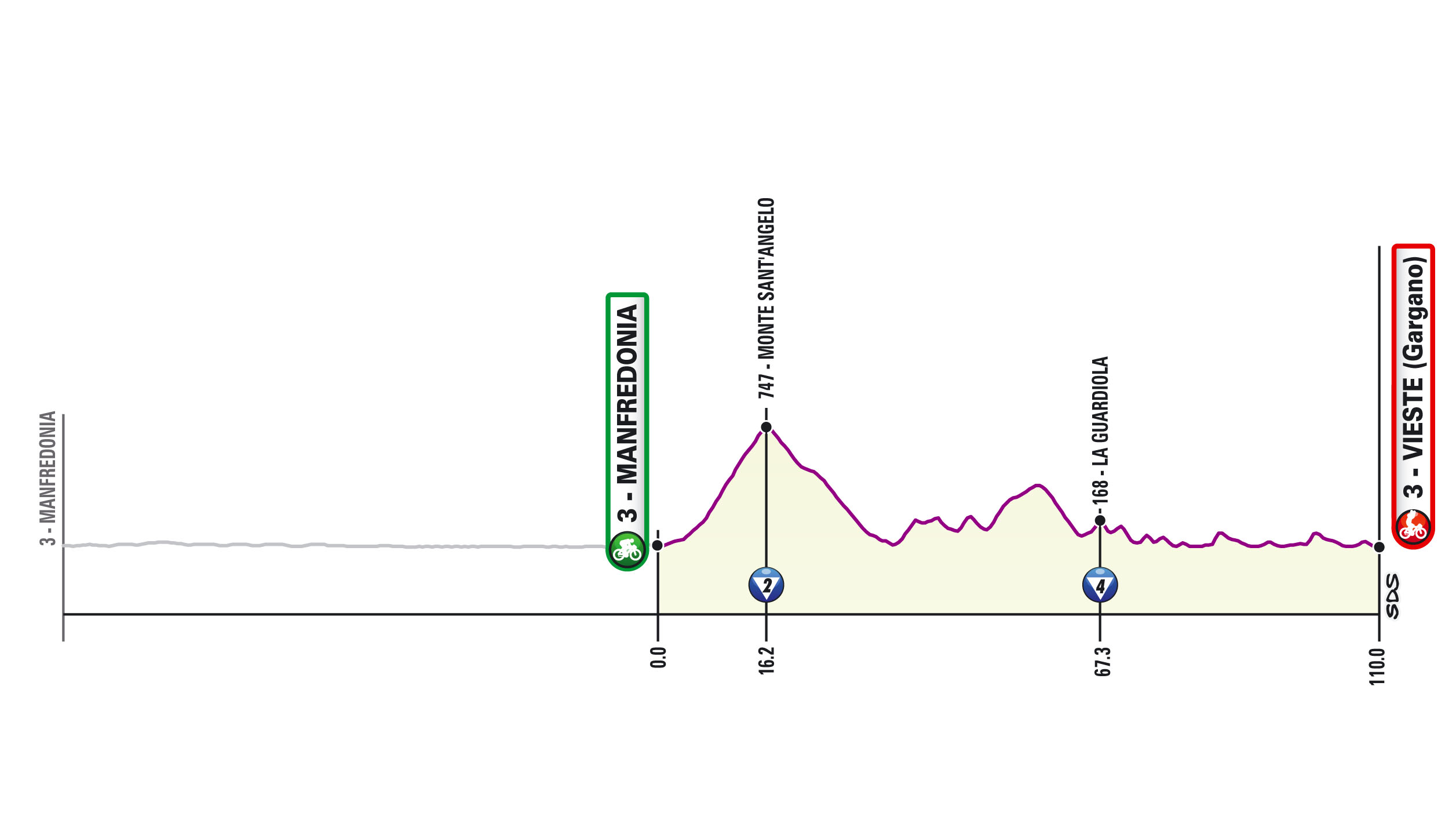 It was built by king Manfred who founded a new town for Sipontum’s inhabitants to settle in (as the old Sipontum lied destroyed by an earthquake and a seaquake). Manfredonia gives its name to the gulf of Manfredonia, cornerstone of the economic growth in the region. Manfredonia is the “Door of Gargano”, the largest city in the National Park. 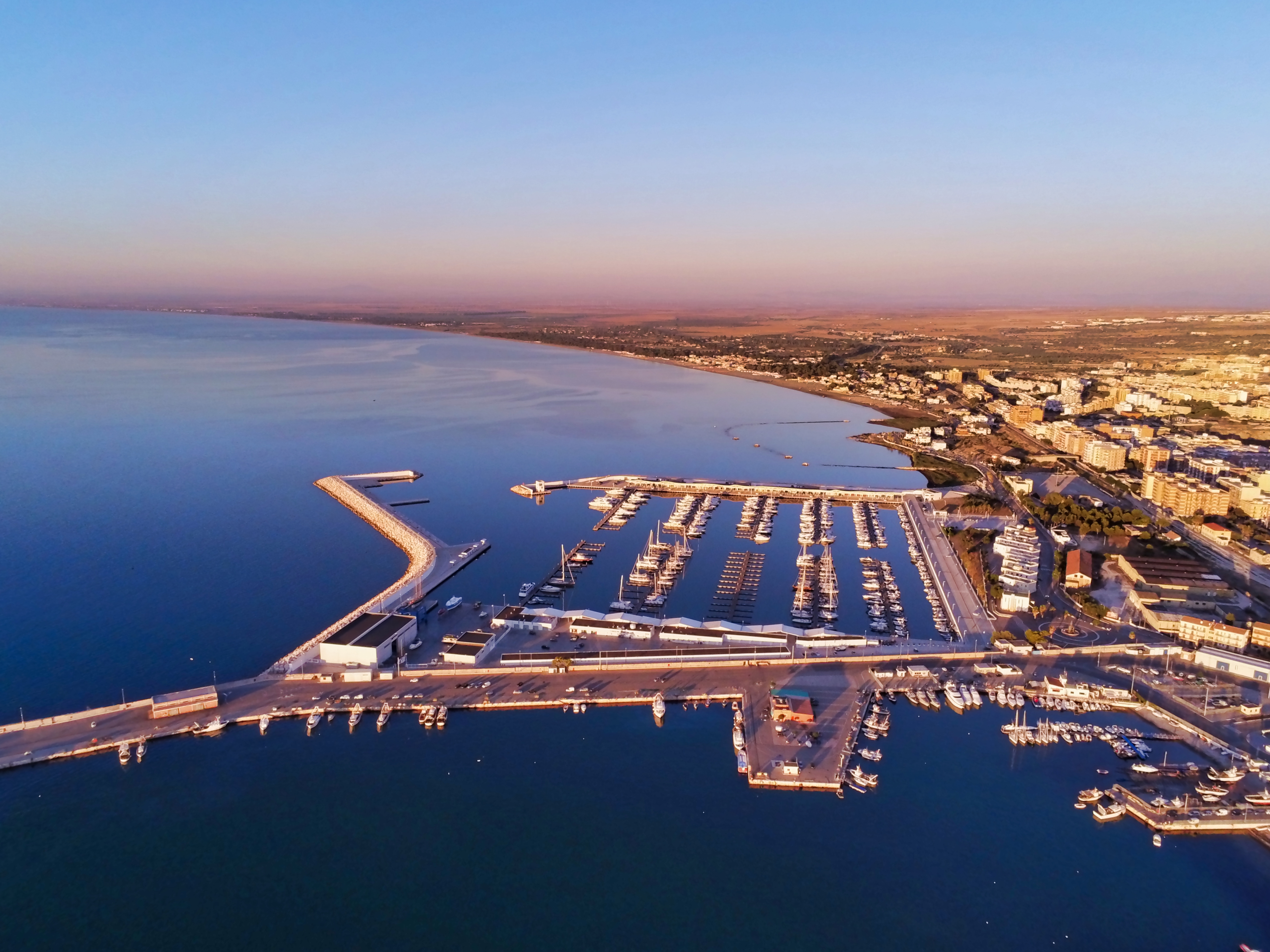 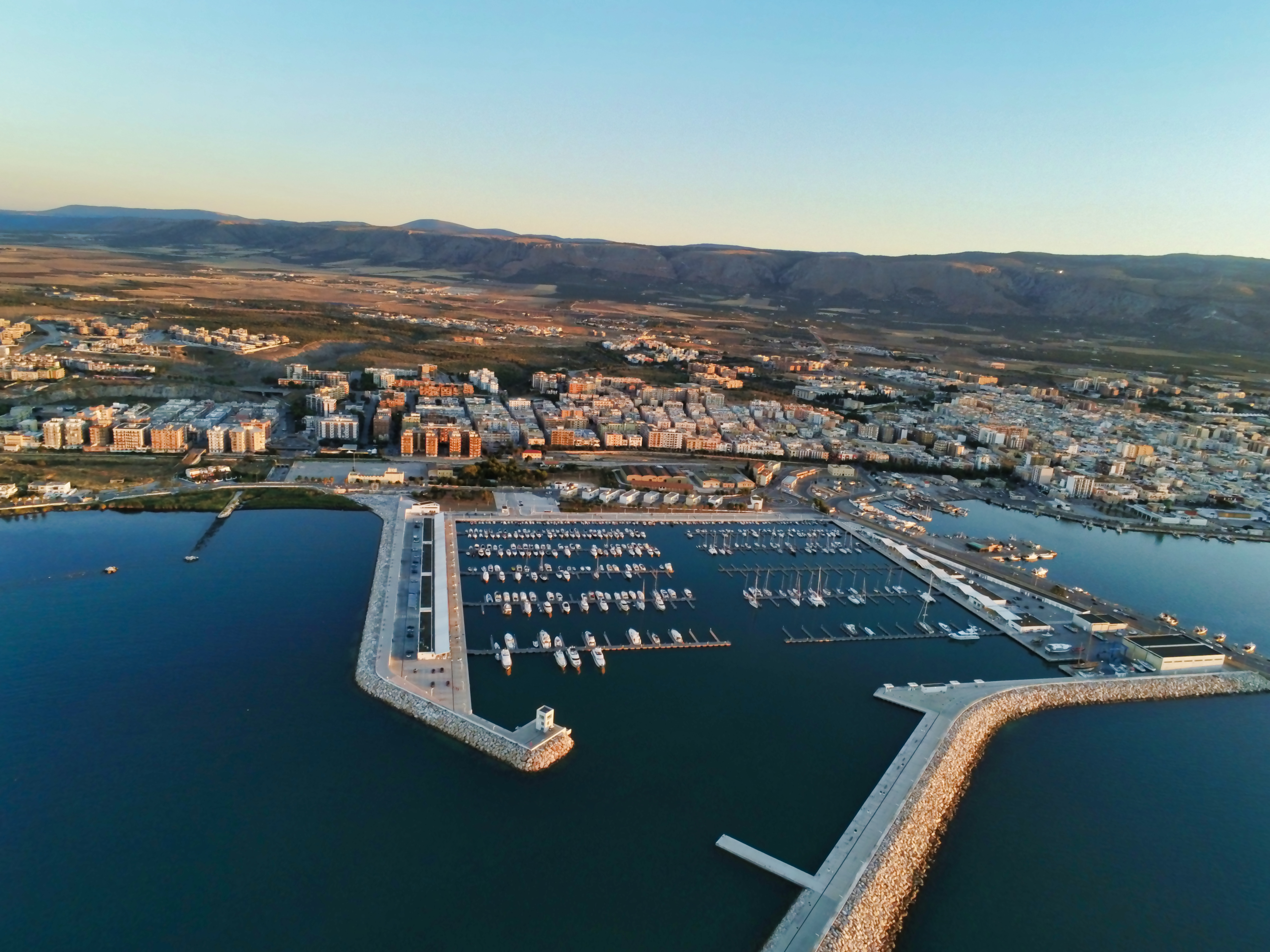 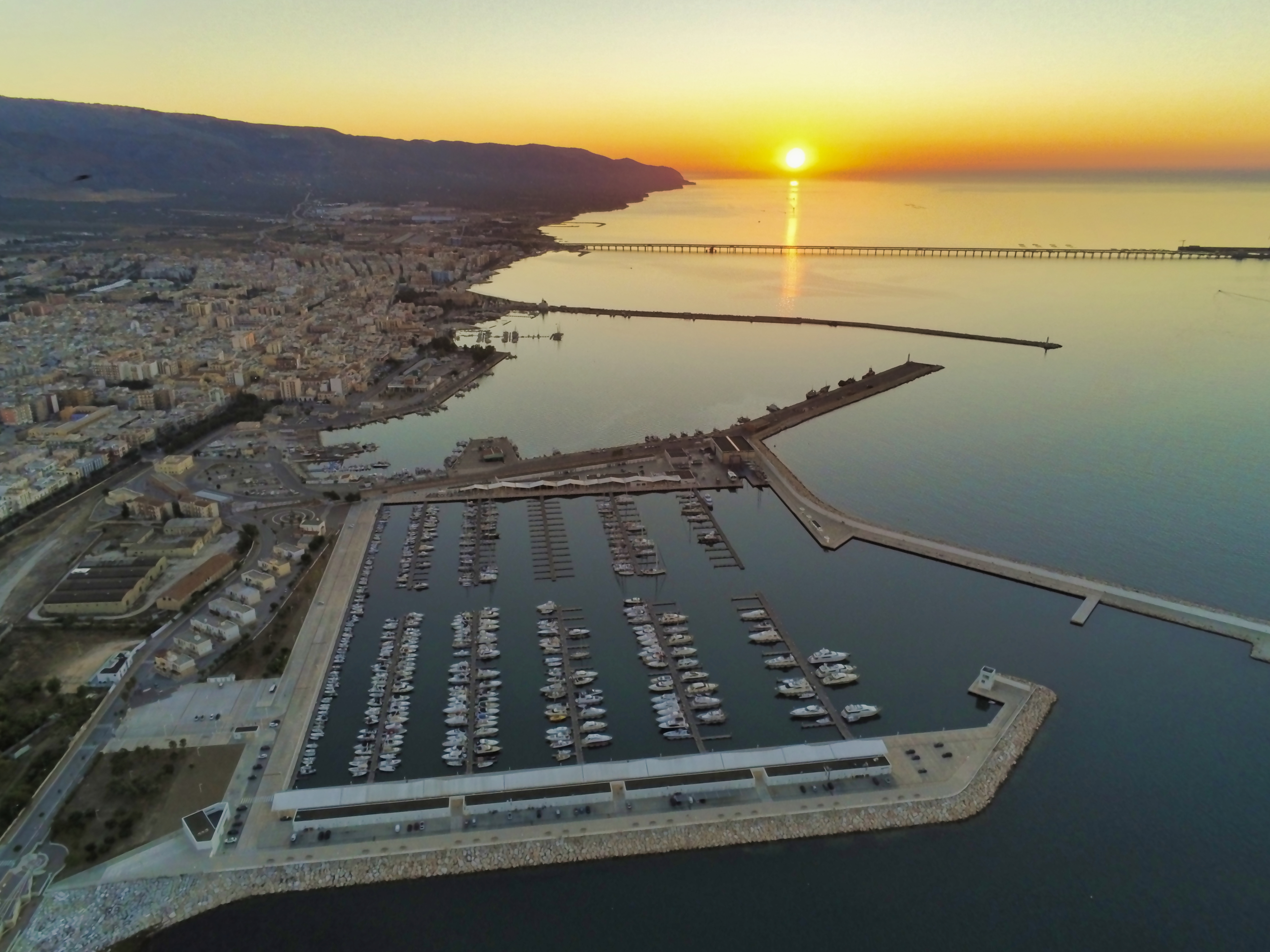 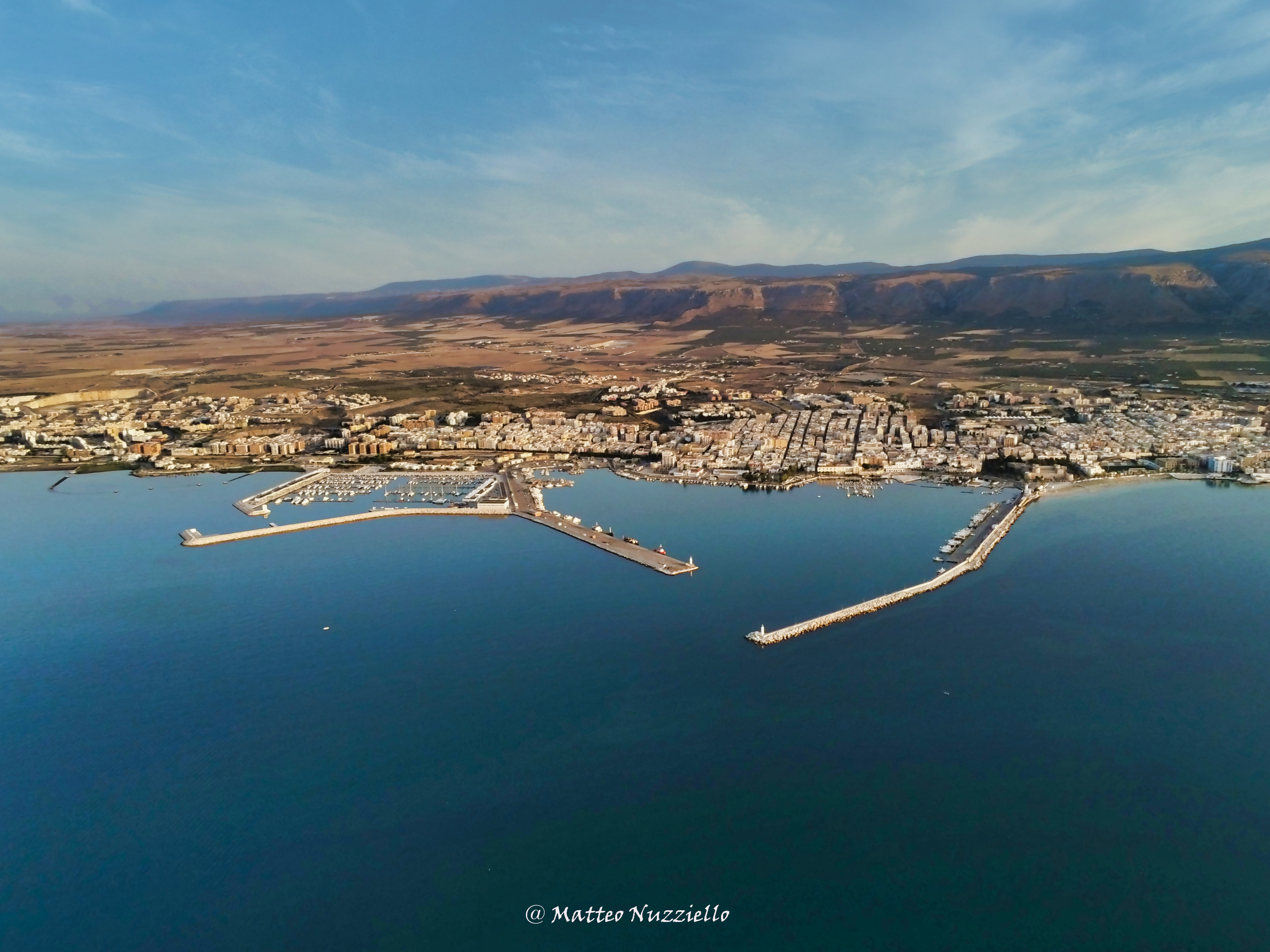 It is the easternmost municipality of the Gargano promontory and of the province of Foggia. The particular urban location of Vieste is linked to the karst nature of the Garganico Promontory. The numerous archaeological sites and finds found in different areas attest to the population of the territory of Vieste since the Paleolithic era. Surely this was due to the mild climate, the different sources of drinking water and the fertile soil.
The territory of Vieste, rich in flint, allowed man in Prehistory to create lithic artefacts used as tools for work, hunting or defense. In the Defensola district, three kilometers from the town, a flint mine was discovered, defined as the oldest in Europe.
At the entrance of the village, on the ‘Castello’ beach, south of the town, stands a white limestone monolith, almost 25 meters high, called Pizzomunno, almost the symbol of the Gargano town, almost to guard Vieste.
Vieste owes its tourist appeal, which makes it the first tourist destination in Puglia and among the first Italian tourist destinations, thanks to Enrico Mattei who, in the sixties, after flying over the Gargano by plane, bet on the natural beauty of the Garganica city founding the Pugnochiuso Tourist Center.
Who knows if that day Mattei had chosen another trajectory instead of the blue skies of the Gargano and if he had not been so impressed by the green of the Gargano and the charm of our territory, what would have happened. 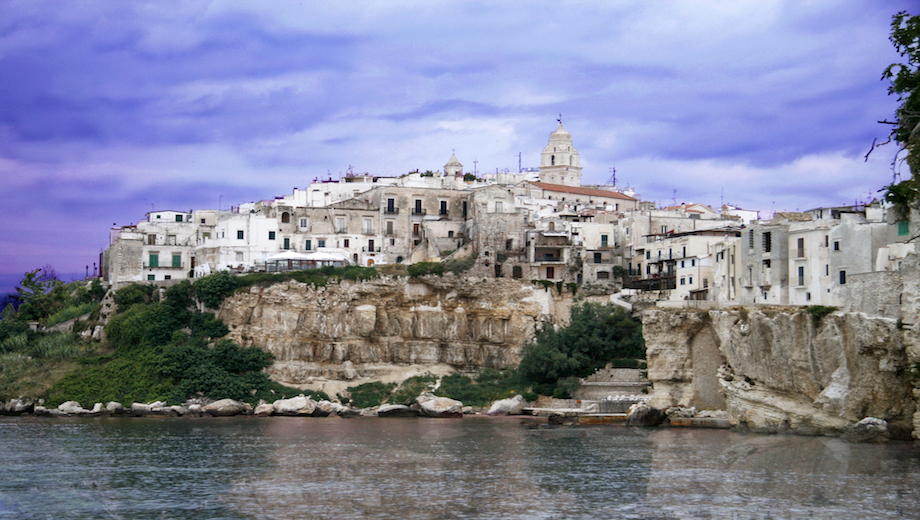 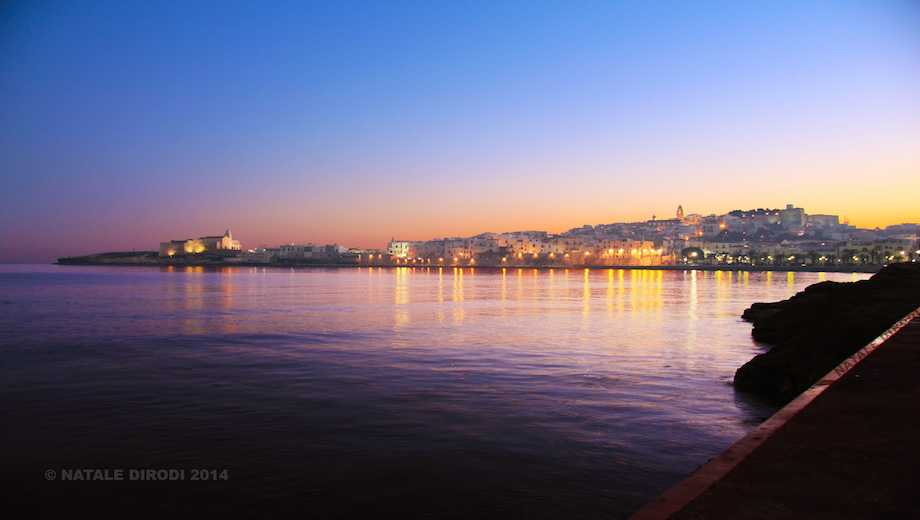 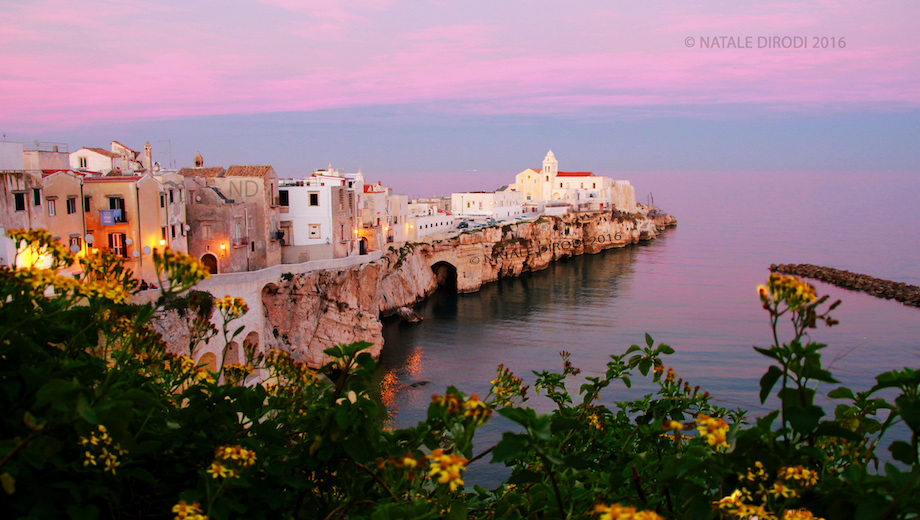 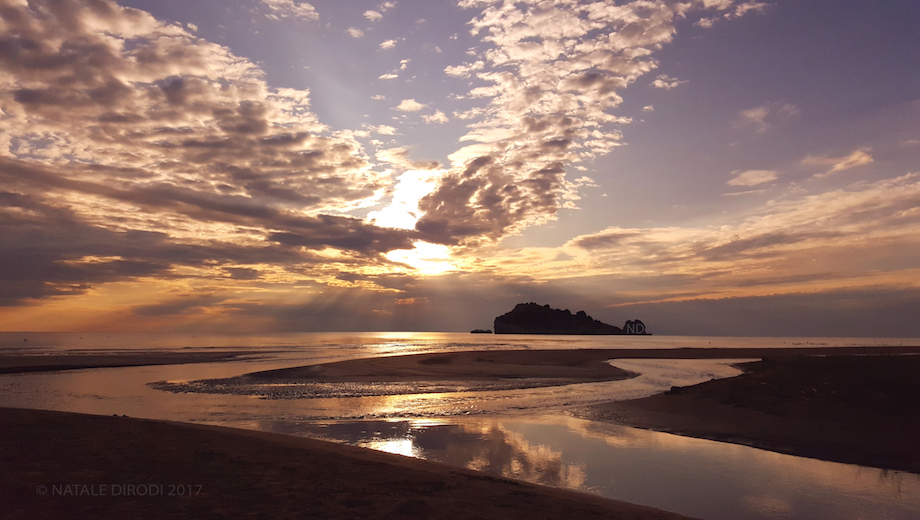 The most characteristic culinary products include troccoli with stuffed cuttlefish sauce, stuffed aubergines, fish soup (ciambott), k’lustr (fried and covered Christmas sweets covered with honey and almonds), calzungidd (stuffed desserts) of chickpea and cocoa paste), the castaggnedd (biscuits with almonds and cocoa), the mustazzul (biscuits with cooked wine and cloves), the taradd nglppet (biscuits with sugar glaze,) the chickpea jam, the pettole, troccoli, dried tomatoes in oil, orecchiette with turnip tops and taralli with fennel and white wine. Some traditional local cheeses [13] are made with Podolica cow’s milk.
Another important and characteristic product of the Viennese territory is extra virgin olive oil which is produced in good quantity and excellent quality.

The landscape element of strong appeal is the Arch of San Felice, excavated from erosion on the coast south of Vieste, in the direction of Pugnochiuso. Continuing south, the sea caves are the result of karst phenomena and the corrosive action of sea water and wind. Among the caves are the Grotta Sfondata, the two-eye cave, the Grotta Rotonda, dei Pipistrelli, del Serpente and the Smeralda.
The lighthouse of Vieste rises on the rock of Santa Eufemia (located between the rocks of Santa Croce and San Francesco), right in front of the city. Its position proved to be strategic for the shipping routes between the middle and lower Adriatic. It was designed in 1867 and the tower on which the lantern is located is located on the old home of the lantern, which today, thanks to complete automation, is uninhabited. A cave was discovered on the islet of Santa Eufemia in 1987, which has at least 200 votive inscriptions on its internal walls in Greek and Latin, made by sailors passing through the island; some of these in honor of Venus Sosandra (goddess of the sea and savior of men) dating from the third century BC. to the late Roman age.

The Nobiletti administration inaugurated the “Michele Petrone” Civic Archaeological Museum on 27 June 2019 which develops inside the former Capuchin convent “Blessed Virgin of the Angels”, near the church of SS. Sacrament.
The museum is named after dr. Michele Petrone (1867 – 1935) physician with a great interest in archeology and local history that allowed him to put together a rich archaeological collection including epigraphs with ancient Greek text found in Vieste in the nineteenth century inside the property Abatantuono, the so-called “messapic inscriptions”, the rich nucleus of transport amphorae and anchors in stone and lead, testimony of the ancient Viennese seafaring vocation in Roman and late antiquity.
On the first floor there is the rich kit of the “Elite Tomb”, found in 2006 under the courtyard of the Palazzo Comunale di Vieste and numerous other finds from various funerary items from the Roman age.
The exhibition of the finds, together with the information system rich in multimedia elements, creates a fascinating historical and archaeological itinerary of the history of the territory of Vieste from prehistory to the late Roman age, passing from the cult of Venus Sosandra to the farms of Merino, to the Necropolis’ la salata ‘.

The number of inhabitants is around 13 859. His name was Viesti.
Vieste was a bishopric between 993 and 1817. Among the main buildings, as in other Apulian cities, we remember the Romanesque Cathedral Basilica and the Castle, both subject to the care of Frederick II of Swabia.
The paleochristian necropolis ‘La Salata’, located north of the town, is one of the oldest in the Mediterranean basin and is part of the Santa Maria di Merino Archaeological Park which takes its name from the homonymous Sanctuary, located not far away. The caves excavated from the sea in the limestone of the Gargano, which has generated cavities and rock formations of the most varied and bizarre shapes, is the background to the trebuchets, ancient fishing installations equipped with long wooden arms that support a net. This is one of the historical elements that distinguish the Gargano area from the rest of Puglia, to put it in communication with the neighboring provinces to the north.